Elephants are mammals often mistakenly confused with pachyderms, to which they formerly belonged. This animal has three different genera: African Elephants (Loxodonta), Asian Elephants (Elephas) and Mammoths (Mammuthus). Each of them includes several subspecies. Let’s learn a little more about these elephants, unfortunately on the IUCN (International Union for Conservation of Nature) endangered list. 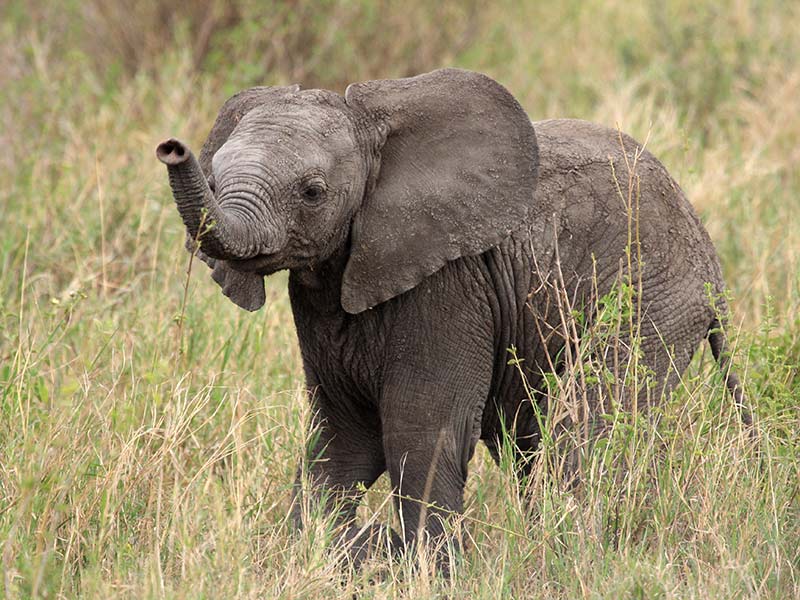 The elephant, an intelligent animal with many records…

The elephant is before the largest land animal living today. An adult elephant can weigh up to 7500 kg, the heaviest elephant reaching 12.2 tonnes ! Usually, it can live between 50 and 70 years. Some have reached the age of 80 or even over 90 years. At birth, an elephant weighs 115 kg on average. The gestation period lasts from 20 to 22 months, making it the second longest gestation of all other animals on Earth, followed by the lizard shark (up to 3½ years) and the blue whale (11 months and a half).

The elephant beats another record : that of the world’s largest brain among terrestrial mammals. Thus, his brain weighs on average 5 kg. The elephant is an intelligent animal that exhibits various behaviors ranging from adoption to altruistic, playful and compassionate behavior. The elephant is one of the herbivorous animals that feed on grasses, shrubs and tree bark. He consumes an average of 200 kg of food per day, or 10% of his body weight and needs to drink 100 to 200 liters of water daily. 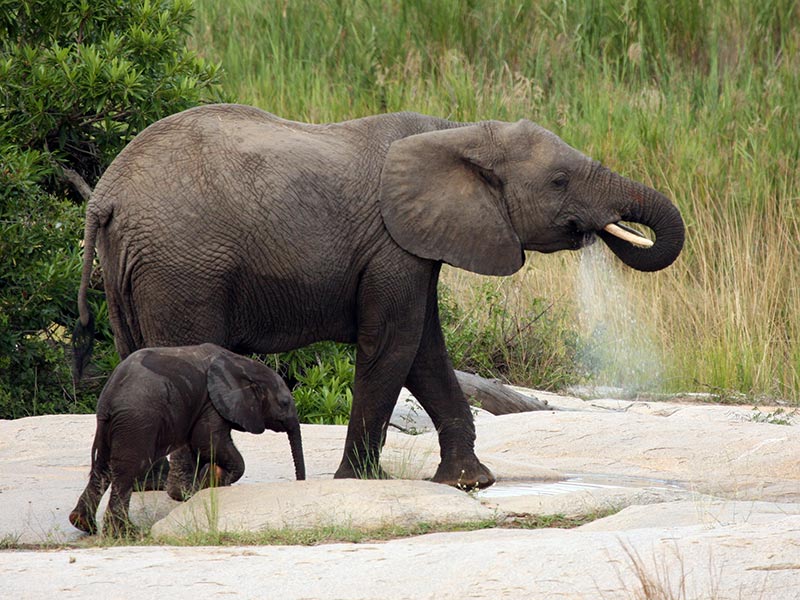 The importance of the elephant in our ecosystem

The African elephant is in grave danger. Recent studies indicate that these large mammals could disappear within a decade. Nature and humans can not allow one of the intelligent animals to disappear, capable of recognizing and identifying oneself, organizing themselves in groups and showing their feelings. There is no doubt that their disappearance would open an irreversible breach in which gorillas, chimpanzees…

The loss of the elephant would seriously alter the rest of its habitat as it is a fundamental animal for many other species. It eliminates a good number of plants which, without it, would tend to « invade » the landscape. By taking care of the bushes, it encourages the regrowth of the grass essential for the survival of other animals. Moreover, the elimination of these bushes limits the proliferation of the nests of the tsetse flies which are present there and which carry serious diseases.

Elephants play an essential role in fighting fires. To the extent that they act as “brushcutters”, by maintaining all undergrowth, they limit the risk of fires. 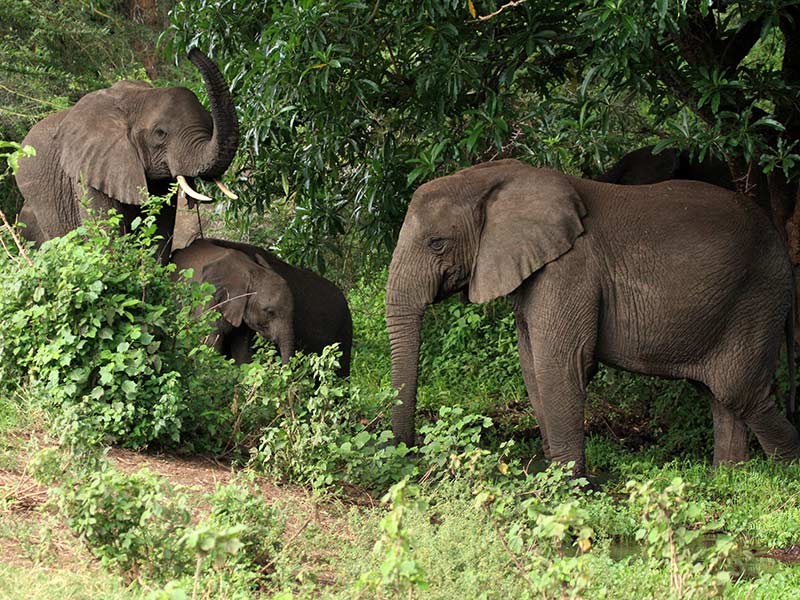 The conflict between humans and elephants in Sumatra has been going on for several decades. And the elephants are losing the battle. Villagers and farmers do not kill them for food but to keep their homes and crops safe. The sad result is a slaughter combined with the destruction of their habitat, causing the loss of 80% of its population since 1930, according to the International Union for Conservation of Nature (IUCN). The largest number of elephants on the island was recorded in the province of Riau in the 1980s. The population increased from 1342 in 1984 to 201 in 2007. The main problem in this conflict is The struggle for land. The habitat of elephants is lowland non-mountainous, a relatively flat landscape below 300 meters altitude. This kind of space is also the best and most prized for cultures. Small individual farms do not seem to be the big problem. But when it is associated with the destruction of hundreds of hectares of forest by large companies to create oil palm plantations, elephants are then left without land and invade the villages in search of food.

One of his favorite foods is the palm heart, the same as the one we eat. To catch it, the elephant kills the tree. A shortfall for farmers when it is known that palm oil is one of the most lucrative crops in Sumatra… Especially since animals usually seek their food at night. Elephants are most often poisoned.

The local population seems to be divided. Very proud of the elephant of Sumatra, it considers it a part of its national identity. No villager or farmer thinks killing an elephant that threatens his home will eventually extinguish the entire population. Some NGOs, such as the Sumatran Elephant Conservation Initiative (SECI), are trying to change the way local people interact with elephants by presenting different alternatives to killing elephants to villagers and farmers in Riau province. This is how they have set up obstacles that trigger an alarm when an elephant touches a cable. SECI helps local people install electric fences, builds monitoring stations and provides elephants of devices allowing to follow their movements and to take away them if need. 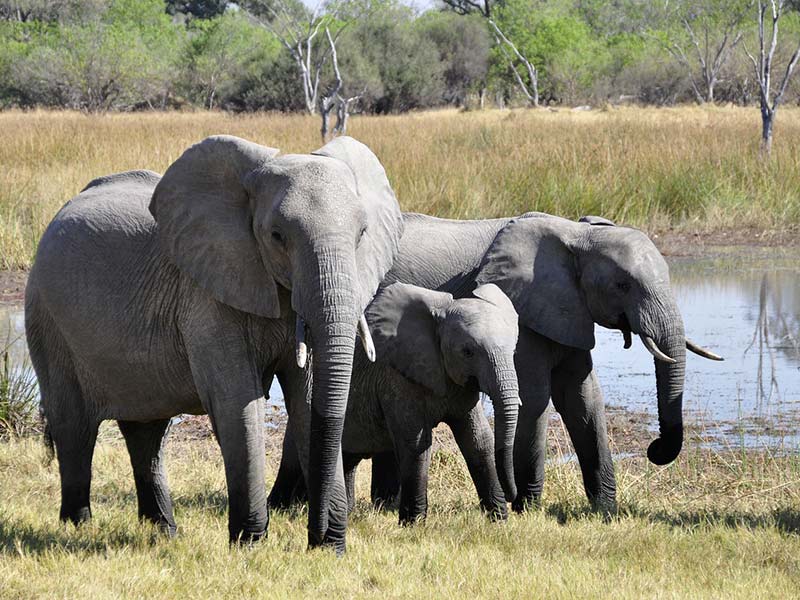 Illegal trade in ivory: a lucrative and cruel activity

The ivory trade, despite its ban since 1989, is booming, according to the body responsible for controlling wildlife trafficking, Traffic. China, the United States and Japan are the main recipients of this black market. China alone accounts for more than 70% of global demand for ivory. The Democratic Republic of the Congo, Cameroon and Nigeria are the countries of origin of this precious trade. The lack of control and the advantages it can bring encourage more and more poachers : if, in 1989, a kilo of ivory was worth about 75 euros on the black market, it now exceeds 500 euros.

The most effective way to combat this situation is to tackle the very origin of smuggling, which is too difficult to eradicate once it has entered the international market. DNA analyzes can be of great help in determining the geographical area from which poached tusks originate. Thus, by analyzing the DNA of elephant tusks destined for trafficking, scientists were able to reconstruct the circuits of this illegal trade. This work led to better organize the fight against poaching and ivory trafficking by targeting the main points of elephant culling.

In September 2016, during the International Convention on Trade in Endangered Species (Cites), some African countries called for a relaxation of the trade rules for ivory :

Failing to obtain it, they came up with the idea of establishing a “legal trade” in ivory… in order to stop poaching ! The OMPE naturally opposes it and calls for the halting of all ivory trades, however “legal” they may be, because lifting the ban will not solve the problem. If the regulation would potentially limit illegal activities, it would not be able to stop elephant poaching. 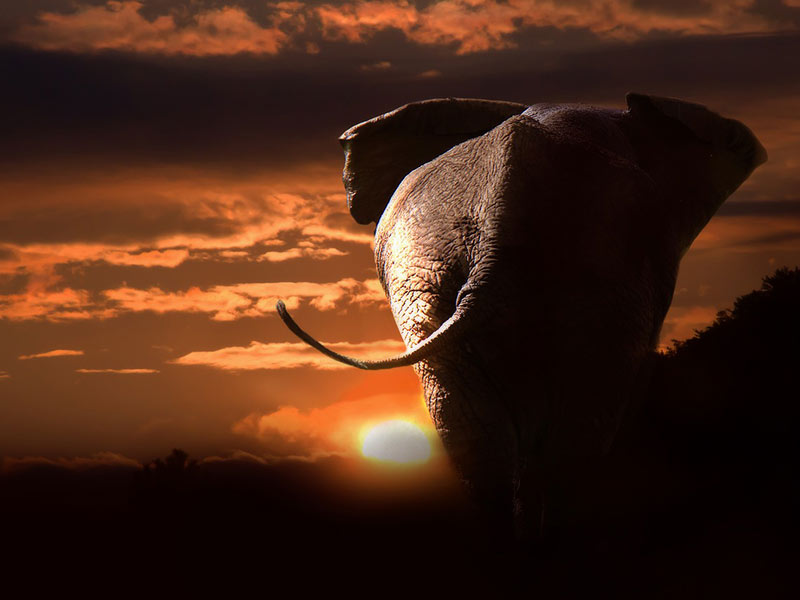