Over the past 20 years, the lion population has decreased by 43%, due to deforestation and poaching in particular. The African lion and the Asiatic lion are certainly the most threatened and are now included in the IUCN Red List of Endangered Animals. According to several studies, half of African lions are threatened with extinction within 20 years. 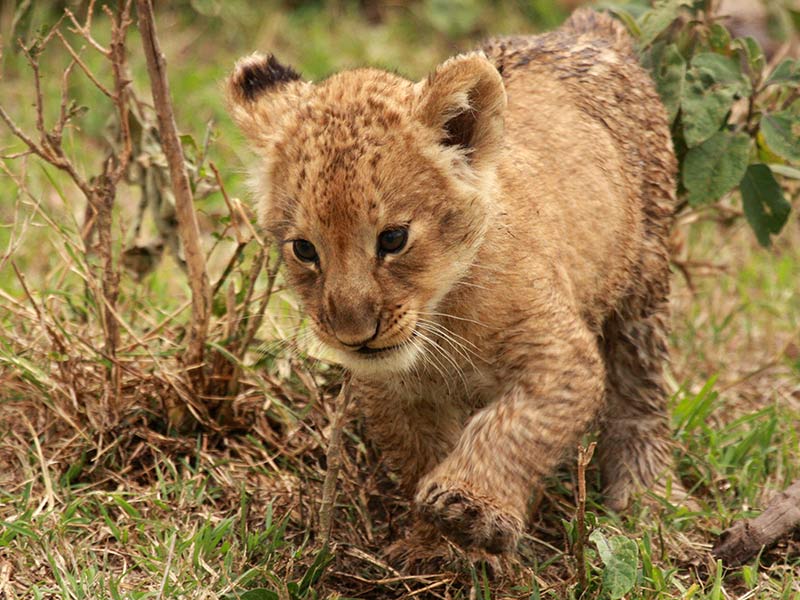 The lion of Africa, king of animals, in danger !

The African lion, known by its scientific name “Transvaal Lion” is a subspecies of lion and the second largest of the felines after the Siberian tiger. Indeed, its most remarkable features relate to its size and weight. The male can reach a weight of 200 kg! The lion of South Africa is present in four countries of the African continent : 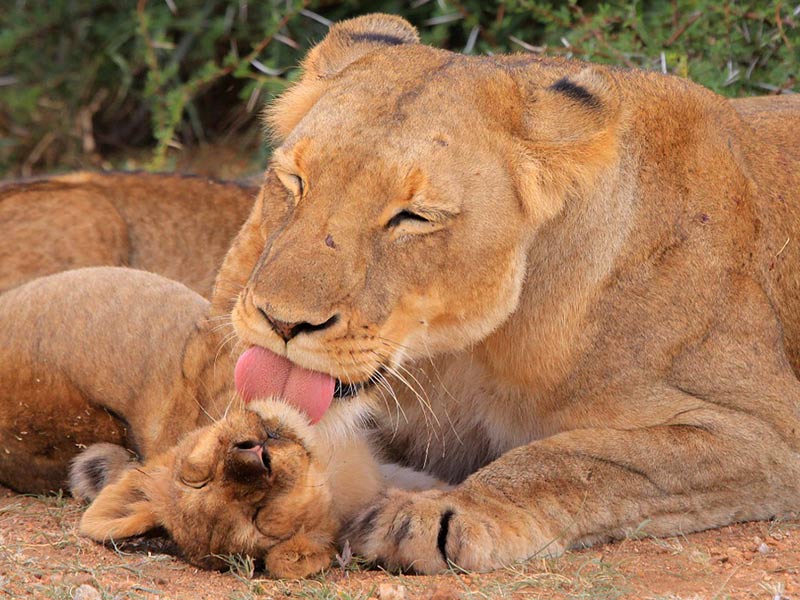 If they are still 20,000 today, African lions were ten times more numerous in the middle of the 20th century and could see their population halved by 2035.

Today, the lion occupies only 25% of its territory of origin. The situation is particularly critical in Central and Eastern Africa. Although parks and reserves dedicated to the protection of lions are established, the disappearance of wild lions is due to several factors : 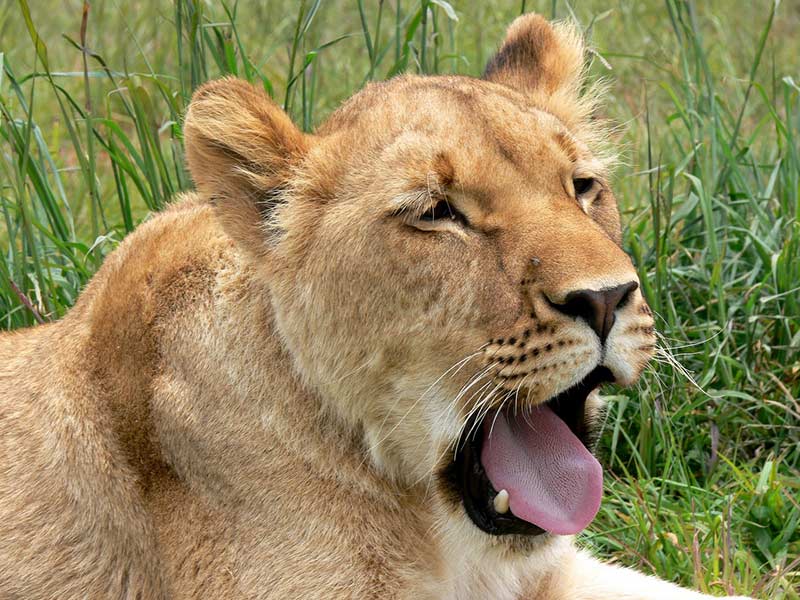 The African lion is in danger of extinction. Its poaching is mainly related to traditional Asian medicine , which lends virtues to lion bones. Once crushed, they serve to prepare love potions or even… tiger wine !

Officially exported since 2008, lion bones are now sold at 10,000 euros per carcass. This juicy vein has even created the breeding of lions in captivity in order to be « harvested » for their bones… a market that “grows by sight” attracting lusts…

But the majority of hunters are still interested in trophies. A few months ago, in July 2015, the most famous lion in Zimbabwe, Cecil, was killed by an American dentist for the sum of 50000 euros, arousing a wave of international indignation. After a series of demonstrations organized by environmental groups for the protection of animals, measures of support and protection of animals (animal rights) in the process of disappearance have been developed.

Thus, the US government has decided to place African lions under the “protective mantle” of the US Fish and Wildlife Service (FWS) as a species at risk of extinction. This measure aimed to protect the declining population of African lions, but above all to calm the anger of the world after Cecil’s death. In the words of Dan Ashe, director of the FWS, “the lion is one of the most prized species on the planet, but also an irreplaceable part of our world heritage… If we want to continue to monitor the development of the lion population in the savannas, it will depend entirely on us all, not just local people.”

The sub-species Barbary lion (1400 individuals), present in India and West Africa, and lion of the Transvaal (17 000 individuals), in South Africa, thus fall into the category of threatened species. 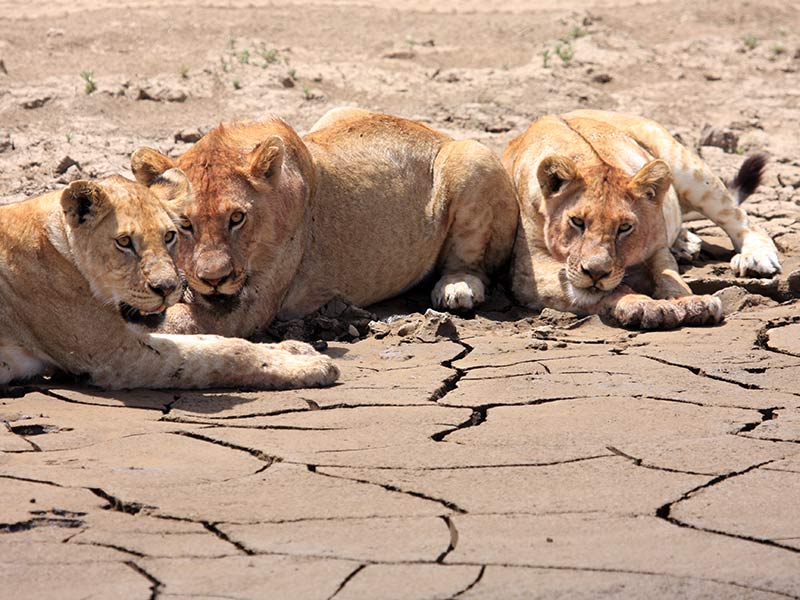 The Asian lion : more than 300 individuals in the wild !

Although less known than the African lion and often confused with the latter, the Asian lion lives in the forests of India, a country where only 300 individuals remain in the wild. Still lower than the African lion… Unlike the latter, the Asian lions do not form harems: the two sexes live in separate troops. The last specimens have been found in a reserve in western India : the National Park and the Gir Wildlife Sanctuary.

A symbol of strength and power, the Asian lion is also on the verge of extinction, a victim of hunting and the disappearance of the savannah, its natural habitat. The territory of the Asiatic lion is in constant reduction, whereas it lived several years from India to Morocco, passing by Europe.

However, since 2015, the Asian lion population seems to be slowly but surely increasing for the first time in many years. Thus, it rose from 411 to 523, an increase of 27% from 2014 to 2015. France, too, was able to participate in this momentum. In 2014, the Zoological Garden of the Museum of Besançon (Doubs) experienced the rare birth of 3 babies lions of Asia. A hope for the survival of this threatened species… 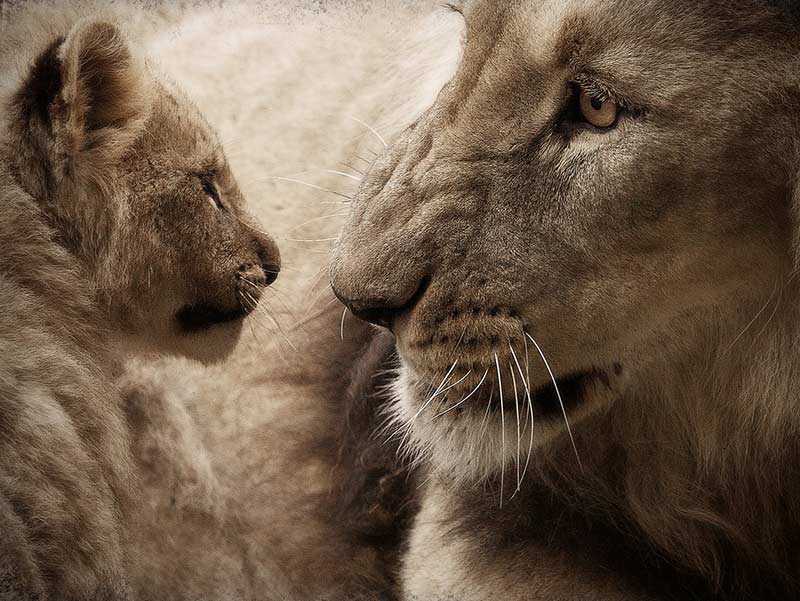