The cheetah, scientifically known as Acinonyx jubatus, is a species belonging to the family of felids or felines. In recent years, it has been included in the Red List of Threatened Animals (IUCN). Known as the fastest animal on earth : up to 120 km/h on nearly 500m, it is not its performance that now lead us to learn a little more about this very wanted animal. Sadly… 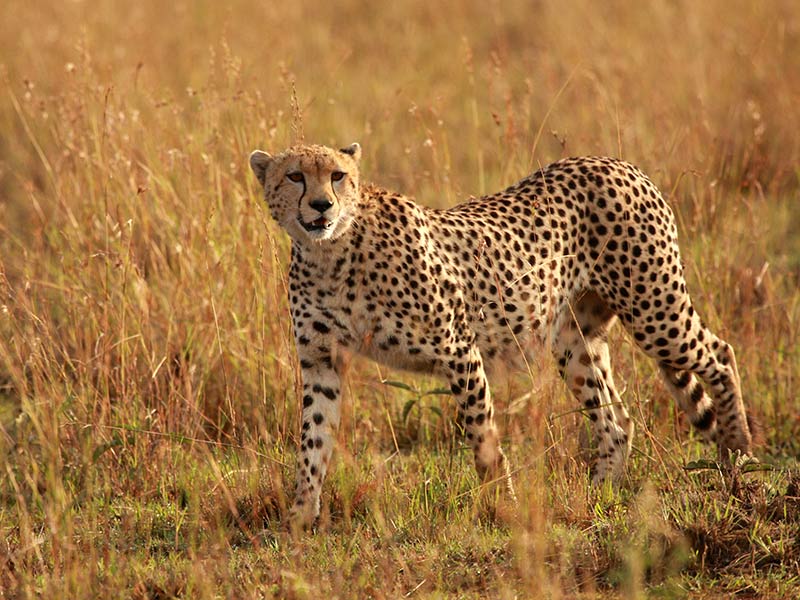 The decline of cheetah populations

The cheetah is an African animal occupying different territories. He lives mainly in savannahs and steppes, in the southeastern part of Africa, where his sight, his patience and his incredible speed allow him to be a very great hunter. It can achieve not only a surprising top speed but it also has unparalleled acceleration, ranging from 0 to 100 km/h in just over 3 seconds ! The physiognomy of his body and his great heart allow him greater resistance. The life of the cheetah can go up to 14 years in the wild.

From 100,000 individuals at the beginning of the 20th century, the world population of cheetahs in freedom is now scarcely 10,000. Formerly present throughout Africa, the Middle East, Iran and several Asian countries, it is now essentially found only in Africa.

Some people live in captivity in zoos , places where the cheetah is absolutely unsuitable and where it suffers from severe stress.

The man is one of the main responsible for the considerable decrease of the population of cheetahs. Indeed, its skin has been, for decades, considered a symbol of belonging to the « upper classes ». Some cheetahs are still being hunted by farmers to prevent the loss of their livestock… While the cheetah does not attack herds only when it does not have enough wild animals to feed. 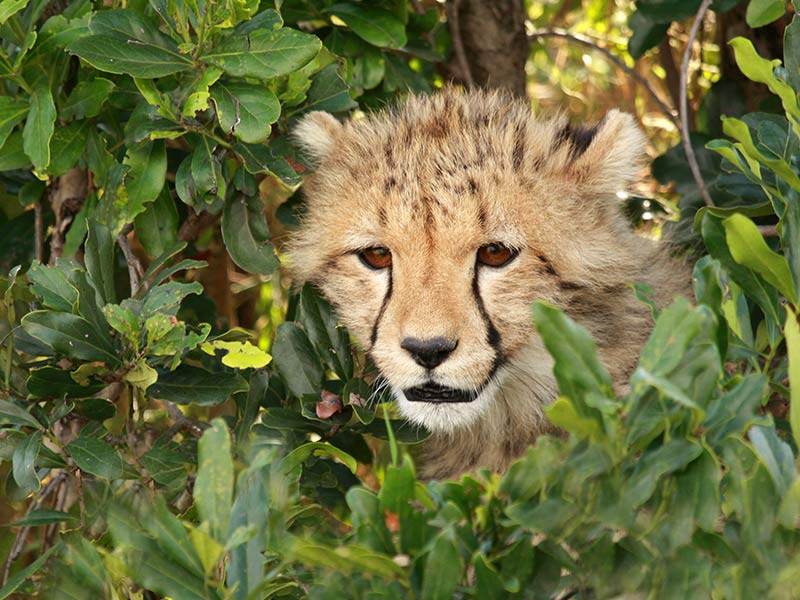 The cheetah : its fate threatened on all sides…

Today, the cheetah is more than ever in danger, mostly victim of the loss of its habitat, especially since it needs wide open spaces. This is particularly the case of the Cheetah of the Sahara, whose images in freedom are becoming more and more rare. It is one of the most endangered cheetah species due to the reduction of its population in recent years, making their situation now critical. There are no more than 250 adult specimens, and the trend is continuing to decline so that it may disappear within a few years if population decline does not stop. The Cheetah of the Sahara lives :

Previously, its territory was wider : Morocco, Sierra Leone, Ivory Coast and other countries, where this species is now extinct…

Because of the increase in human populations and the amount of land devoted to livestock, cheetahs have seen their natural habitat melt. Wild prey, less numerous, are the reason for the murderous attacks on the flocks of the African farmers, mostly armed. The hides are used as « trophies » or even sold commercially.

But the increase of agricultural land and livestock are unfortunately not the only factors of the decrease of the cheetah territory. The deforestation has destroyed much of its living and « fragmented » populations of cheetahs. A worrying situation is the fact that a species split up into micro-populations, isolated from one another, is likely to die out more quickly. 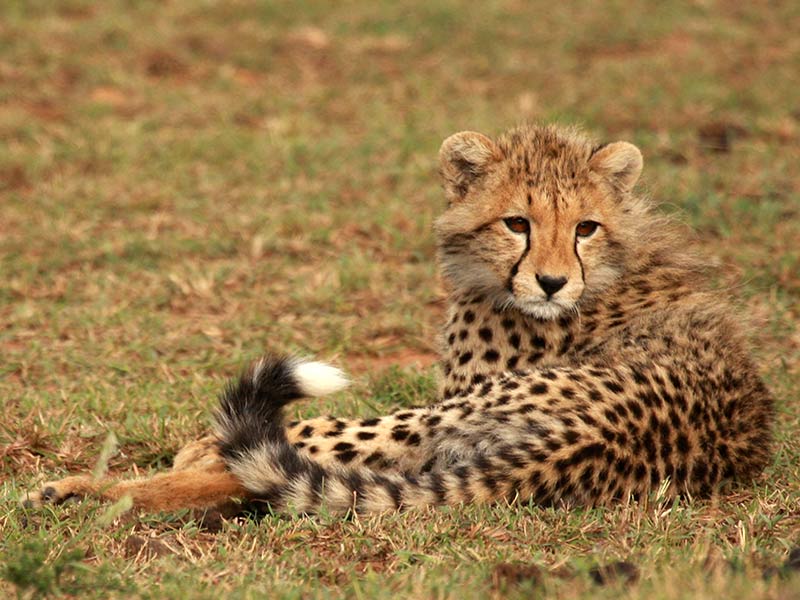 The Cheetah of Asia, the example of a consanguinity that threatens the species

The fragmentation of wild cheetah populations and the reduction in the number of individuals led to genetic depletion.

At present, the Asian cheetah lives mainly in Iran but mostly in the desert. Several centuries ago, it was frequent to see it all over the territory of Arabia, India and Afghanistan.
The Asian cheetah had managed to maintain an acceptable population until the early twentieth century. Recently, its population has been estimated at only 70 specimens, which sends the Asian cheetah to the ranks of the animals closest to extinction.

Although the boundaries of territories imposed by governments are one of the main reasons for this situation, the cheetah of Asia presents great genetic problems. This weakness limits genetic diversity to the maximum, thus preventing the species from adapting to new environments.

The lack of genetic diversity of the cheetah is also explained by consanguinity. The reduction and the fragmentation of its territory have forced it to live in small groups, very isolated from each other, the rate of consanguinity is very important. Result :

The need for gene shuffling justifies the need for cheetahs to move freely and migrate from one territory to another, which is becoming increasingly difficult due to the development of human infrastructure. 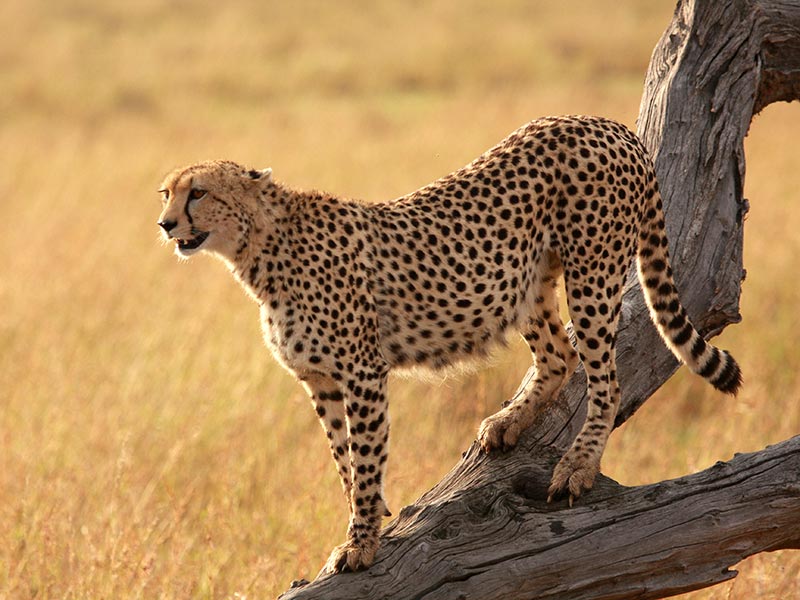 Protecting the Cheetah : attempts… not yet solutions

The upheavals caused by the destruction of its habitat led the cheetahs of the Sahara to flee. That is why a large population of cheetahs took refuge in 2016 :

This created the highest concentration of Sahelo-Saharan cheetahs. This situation has greatly increased its workforce in this country. But in the face of this recrudescence of cheetahs, Men had to learn to coexist with them. That’s why, in 1990, Dr. Laurie MARKER founded the Cheetah Conservation Fund devoted to cheetah research and its ecosystem to preserve and conserve the species.

Local projects show a willingness to reintroduce the cheetah to reserves :

To address the genetic weaknesses of the cheetah, men seek solutions in medical assistance or insemination. Thus the wild cheetahs are thus inseminated in their natural environment and between 10 and 20% of small Washington National Zoo were obtained by artificial insemination.

Even if these solutions are not a global strategy to protect the cheetah, perhaps human action will prove effective in fighting against its disappearance… 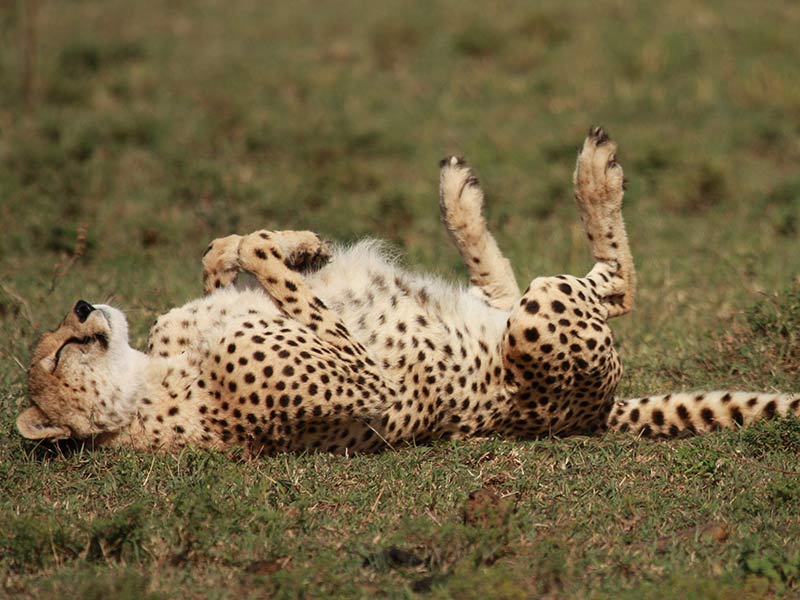