The Earth Gene Library physically and computerically stores the genomes of endangered species through specialized equipment and teams of veterinarians.

The library will contain all the DNAs of the animals of the Earth, hoping that one day we can give them life again. 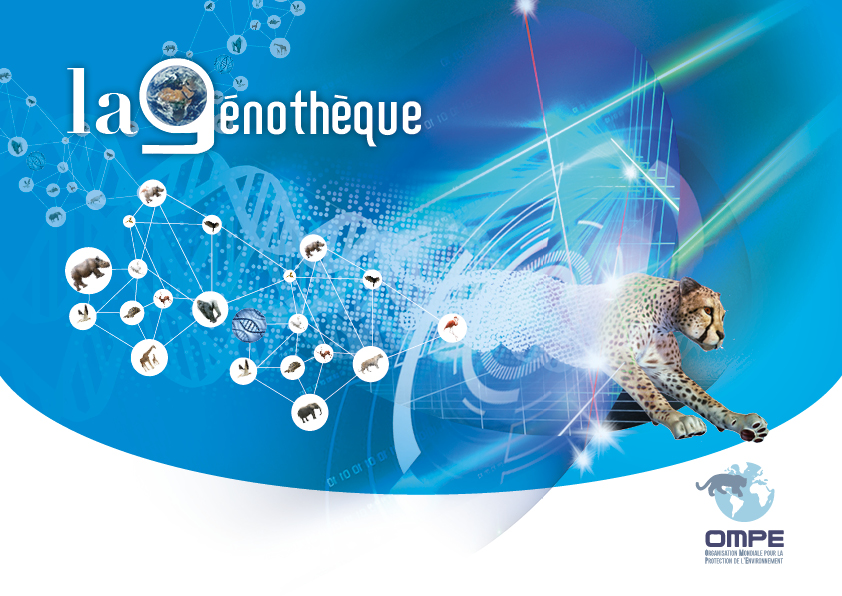 The Earth Gene Library physically and computerically stores the genomes of endangered species through specialized equipment and teams of veterinarians.

The library will contain all the DNAs of the animals of the Earth, hoping that one day we can give them life again.

a. The collection and transport of genes:
The collection and storage of genes is based on ultra-modern and adapted to many conditions called the Gene Box. This Gene Box is a large case that has several compartments: compartments for the physical storage of genetic material (skin, hair, bone, blood) and a refrigerated compartment for storage of blood samples. The Gene Box is the main tool of the OMPE veterinarian sampling teams that crisscross all parts of the world concerned with endangered species and endangered species. The sampler veterinarians are grouped in groups of 10, and once their work is done, each group deposits its Gene Box in Gene Box Containers which are then forwarded to the global genebank.

b. Gene storage :
The storage of the genes is carried out in two stages and in two different forms. On the one hand, there is the physical storage of genetic material (skin, hair, bone, blood) in the conservation rooms and then the computerization of DNA and its registration in the database of the World Library in a Data Center. In terms of security, temperatures, hygrometry and air quality are constantly monitored by highly sensitive detectors located in conservation rooms. In terms of security, the database is saved in triple every night on 3 other computers placed on other sites and in other countries.

Samples are taken on site in the area hosting the species to be safeguarded by a team of veterinarians samplers. This team takes samples of the animal and
deposit them in the Gene Box. This Gene Box is then deposited in a Gene Box Container in the direction of the World Gene Library. On arrival at the Genothèque, the Gene Boxes are
unloaded and checked. The material is then computer coded by teams of veterinarians assisted by computer scientists in the huge database of the World Gene Library. 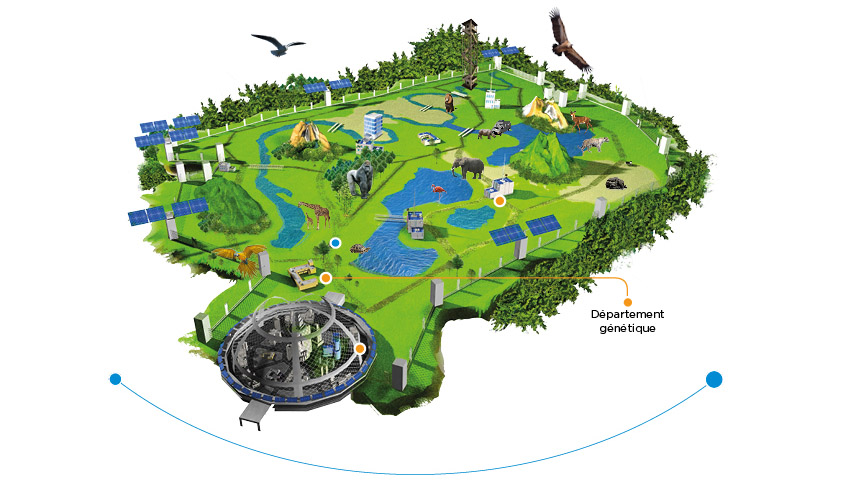 Certain genes thus stored will be able to be selected by the OMPE decision-making committee deciding on the choice of species and progressively forwarded to the different centers of
Charles Darwin Park Maternity to try a regeneration and reintroduction of each threatened species.

Choice of sites and species:
It is the decision-making committee of the OMPE in connection with IUCN that will decide on the choice of sites to be inspected and the species to be sampled. In the same way, they will choose together the species to regenerate or reintroduce in Charles Darwin Parks.