Pesticides are formulated and used to kill parasites, insects, mammals or birds that feed on crops and damage yields. They also eliminate fungi that cause disease, and weeds that absorb essential nutrients and compete with crops. Pesticides are also, and above all, the great scourge of our century. In France, more than 66,600 tons of pesticides are used each year in agricultural crops, ie more than 2 kilograms of pesticides every second. What are the environmental, human and economic consequences of this massive use? How can we stop this circle that seems endless? 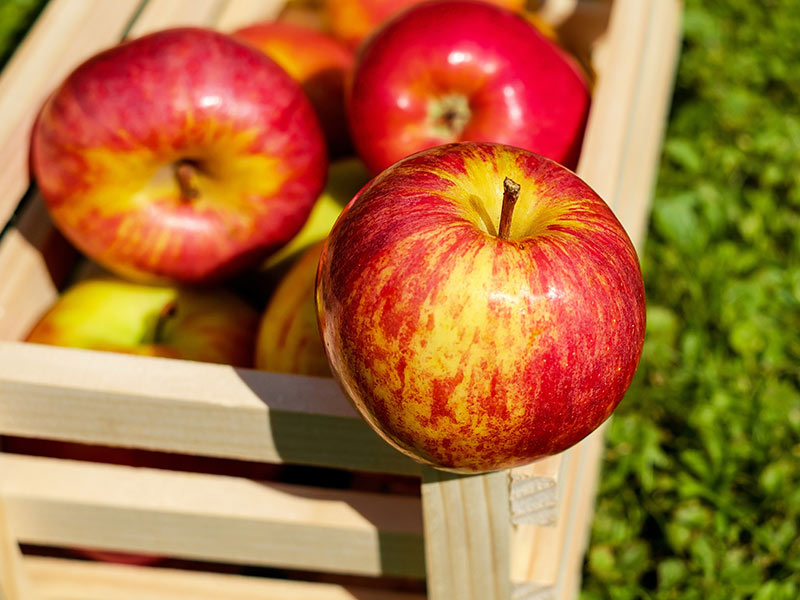 The observation: pesticides, acute toxicity for the environment and… health!

The environmental impact of pesticides is certainly the first one we think about, after the effects on our health, without forgetting the economic consequences they generate. Let us go through them and try to understand their purpose in order to understand them better.

Environmental Consequences of the Use of High Dose Pesticides

Pesticides have a significant impact on species… which are not normally targeted. For example, more than 98% of the insecticides sprayed and 95% of the herbicides reach a species other than the one originally targeted because they spread into entire agricultural fields.

The most emblematic victims of this disaster are the bees. Needless to go back years to see. In September 2016, more than 2.5 million bees, or 46 hives, were decimated following an aerial campaign of a controversial pesticide, Naled, to eliminate mosquitoes carrying the Zika virus.
Even if the pesticides used in agriculture are the most deadly, they are not the only ones responsible… For more information on the subject, we recommend the excellent Swiss documentary film by Markus Imhoof : “Des abeilles et des hommes”. Between 50 and 90 % of the bees have disappeared for fifteen years… Sensible souls abstain!
Without counting the other living species also affected :

Over time, a repeated application of chemicals increases the resistance of pests or even facilitates their reappearance ! One of the main problems posed by insecticides is the appearance of resistant insects. Especially since the elimination of entomophagous insects (predatory insects that develop at the expense of other insects) by pesticides has the consequence of eliminating the agents of natural control against certain populations of insects. At the beginning of August, US farmers warned of the invasion of tobacco whitefly  (Bemisia tabaci) in cotton, melon, tomato and bean crops. Normally present in sufficient numbers, these insects have become resistant to the majority of pesticides following a mutation. It is the pesticides themselves that have enabled them to develop a nervous system that is more resistant to the aggression of a specific agent. It’s the story of the snake biting its tail… 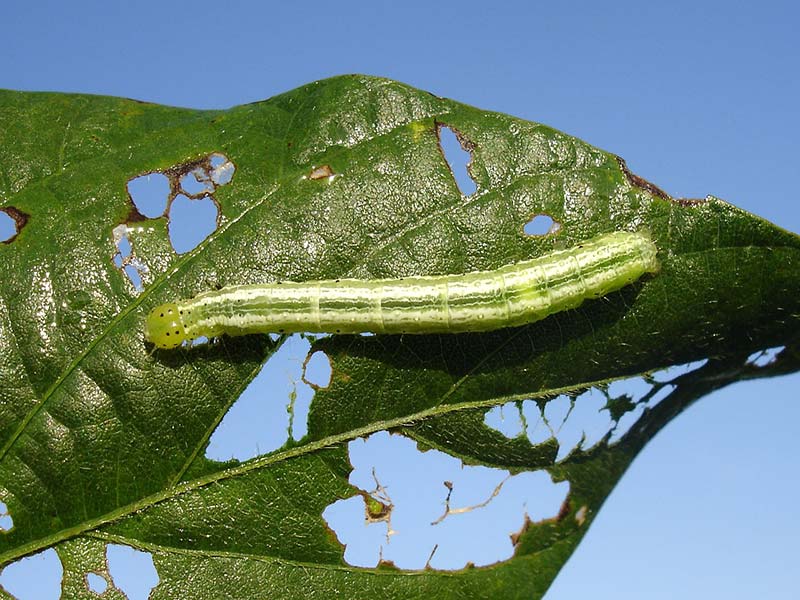 Numerous studies across the world have shown the damage of pesticides on the human body and have shown that exposure to pesticides, in general, is harmful to human health.

Children, pregnant women and the sick are the most sensitive. Keep in mind that we are daily exposed to these toxic chemicals :

The results of tests show that exposure to low doses but constant for several years can be just as harmful as if it is concentrated in a single dose.

The pesticides most toxic to humans are currently used in China, Africa and India. They are, for the most part, prohibited elsewhere because declared too dangerous. 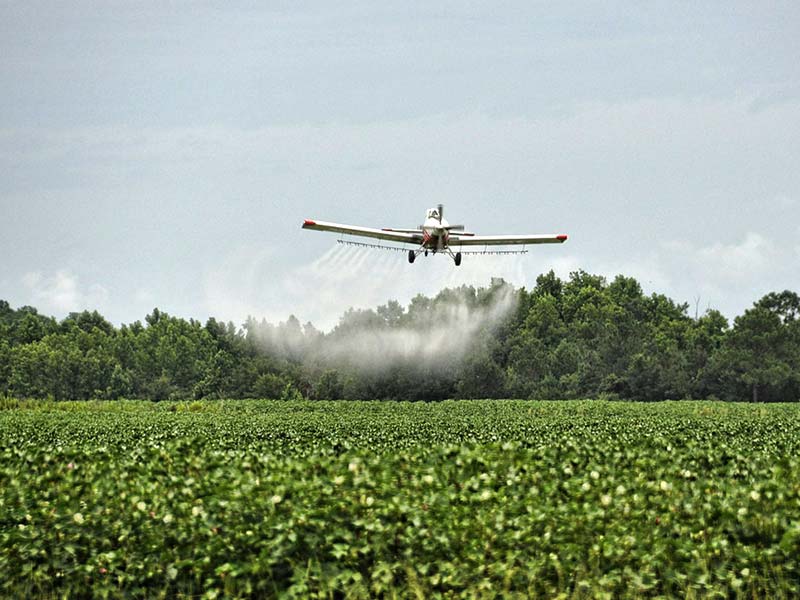 According to WHO, 2 million people are poisoned every year as a result of direct or indirect exposure to pesticides. Of these, 3/4 live in developing countries. The EPA (Environmental Protection Agency) has conducted several studies on the toxicity of these products, which are considered very dangerous. Among them, the DDVP or Vapona, banned for domestic use for decades in the United States and Argentina, but still used in different countries of the world in the irrigation of tobacco crops, golf courses, public parks… Only 3.5 grams of DDVP are sufficient to cause death in an individual of 70 kilos.

Studies conducted by the Chilean Medical and Pharmaceutical Society and funded by the University of Wisconsin-Madison have concluded that ” a high proportion of the human population is at considerable risk of reproductive or developmental Manifested by infertility, abortion, physical malformations or neurological, endocrine or immune deficiencies “. 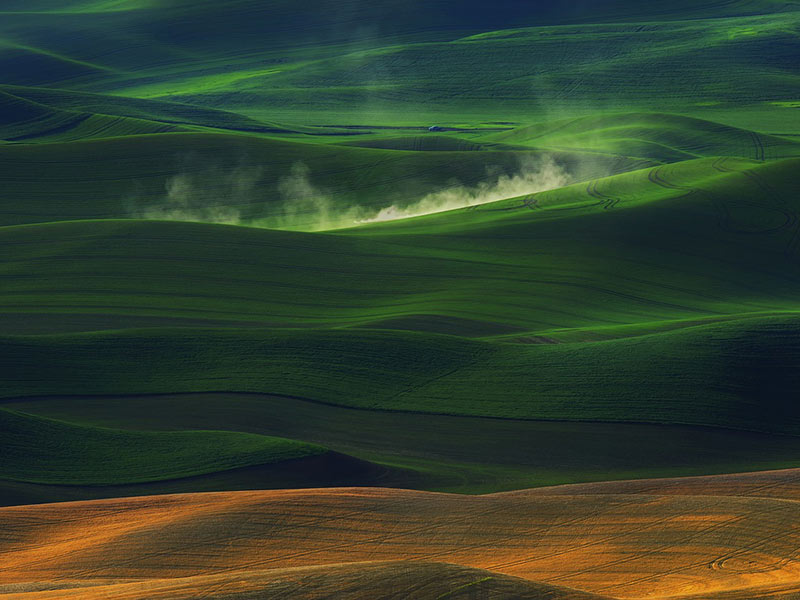 In Malaysia , workers in palm groves suffer from severe disorders such as fetal malformations, hormonal and fertility problems, vulnerability to other diseases… A product is particularly denounced : Endosulfan, a chemical insecticide that acts directly on the nervous system, but also the paraquat which damages the respiratory tract, causes bleeding and intestinal ulcers.

In France, one of the major users of pesticides in the world, farmers are the first to be affected. Malignant hemopathies, prostate or skin cancers, brain tumors, Parkinson’s and Alzheimer’s disease, reproductive and developmental disorders of the child are observed. For more information on the subject see the excellent “Cash Investigation, Produits chimiques : nos enfants en danger”. 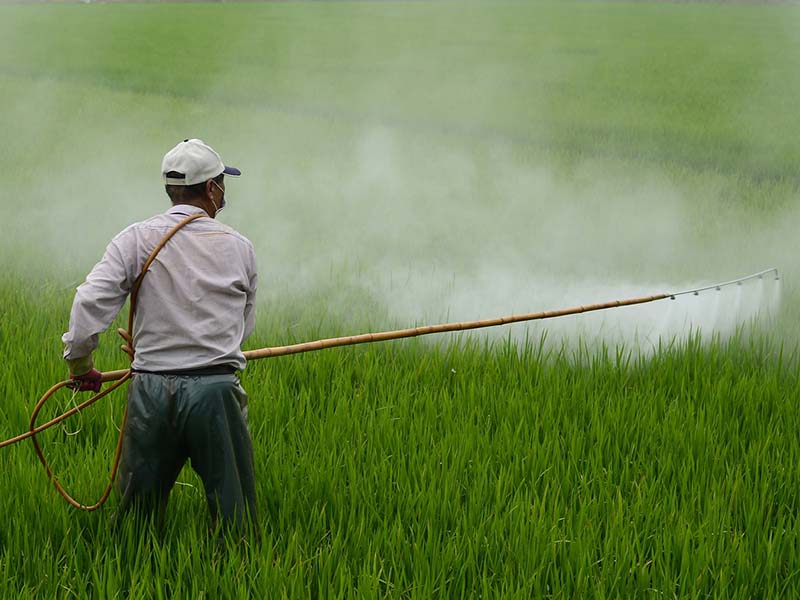 Economic consequences of the massive use of pesticides

Each class of pesticides involves a specific set of precautions. The adverse effects on the environment have led to several bans over the years or to a simple limitation of use. 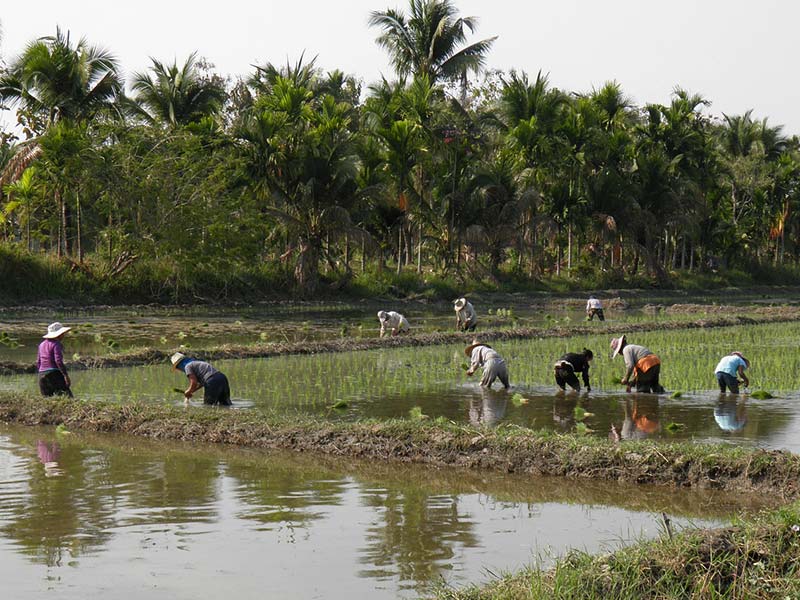 Several studies have shown that the economic balance of pesticides is very negative. In 2016, two French scientists estimate this cost, including “hidden” expenses:

Already in the early 1990s, pesticides brought about $ 27 billion a year to the US economy, for $ 40 billion in spending… 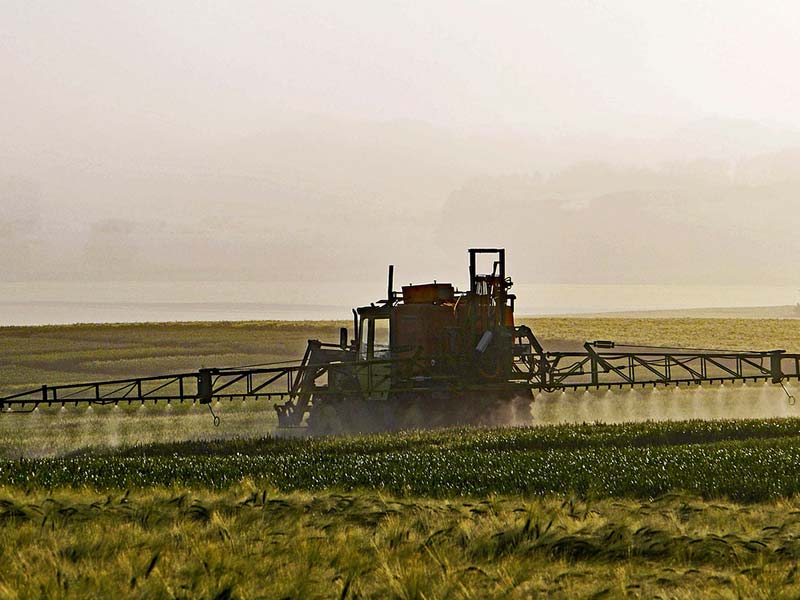 The projects and solutions of the OMPE: how to reduce pollution by pesticides?

Despite studies and reports from around the world, no concrete and effective measures are implemented : the problem persists and worsens. In terms of human health, certain symptoms occur several weeks or even months after exposure, making the disease, like poisoning, difficult to diagnose, in the case of moderate but continuous exposures. Yet we have to find solutions.

Changing our relationship to animal species

The word “pesticide” comes from the Latin suffix -cide, “to kill”, and “pestis” which means “contagious disease, epidemic, plague”. Our relationship with the animal species would therefore be limited to that: to repel, destroy and combat pests and undesirable species? Can we not return to the primary relationship which (re) united man and nature ? Man systematically considers insects as harmful species. However, domestic and wild bees contribute to the pollination of 80% of flowering plant species. The fly, for its part, contributes to the pollination of about 10% of vegetable crops. Even the leafhopper has its usefulness in the ecological chain !
A merciless struggle seems to have begun between the man of the 21st century and the insect… 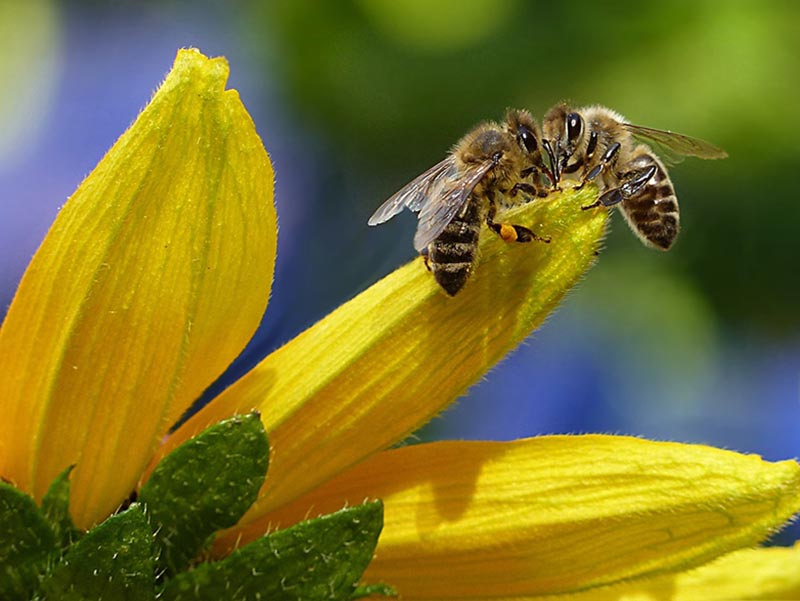 The use of biopesticides as an alternative

The term ” biopesticide ” is a term recently created, both new and necessary, on which it is essential to build a solid foundation. Every day, agriculture and the environment require an alternative to traditional pesticides.

Biopesticides are biological methods, living organisms or derivatives composed of natural molecules, biodegradable and safe for humans. Increasingly appreciated, they are cheaper and more effective in the long run. 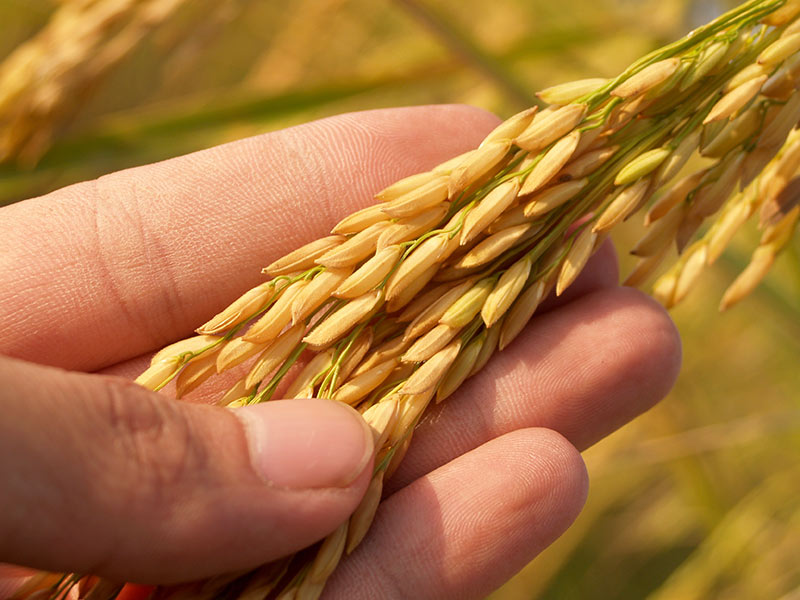 One of the solutions against the use of pesticides is the change in our agricultural culture. In 50 years, 75% of the cultivated biodiversity has disappeared according to the FAO.

In this mad performance, the “new” homogeneous and stable seeds have been listed in an official catalog for placing on the market. But where have the seeds of farmers , hybrids or GMOs and that adapt to their environment without great fertilizer and pesticides?

Instead of taking the problem upside down by selecting plants adapted to chemical inputs, first choose those that can withstand drought or excess water, to find in our fields a true biodiversity, able to slow down considerably The growth of pests. Because a field of wheat with incredible genetic diversity will always respond better to insects and diseases than a field of clones… 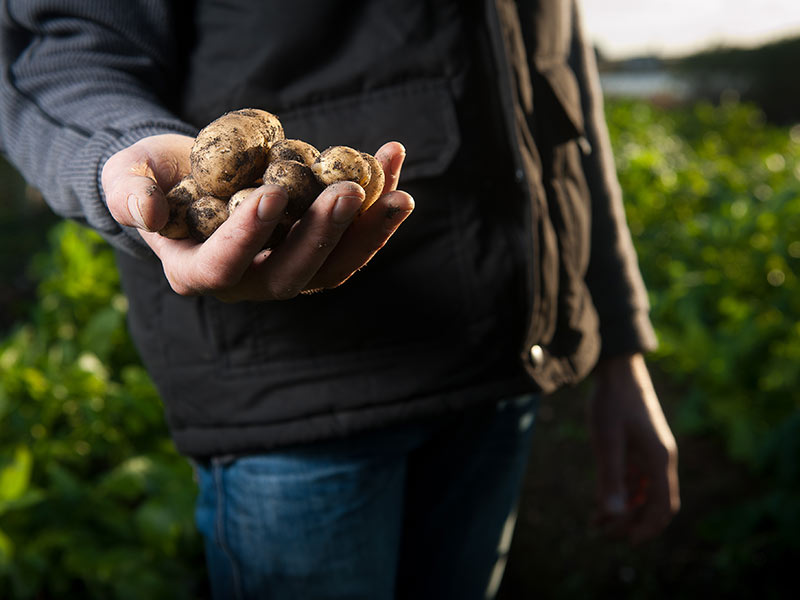