It is a software package allowing to move to the Global Ecological Transition. Without this Green Box, the transition to the Global Ecological Transition will be impossible. It is integrated into each central bank of all the countries of the world which will have its own Green Box. This system operating from the Swift and Sepa flows makes it possible to regulate the transactions of a country according to its carbon footprint. It promotes renewable energies at the expense of fossil fuels. Its transition speed is adaptable country by country according to its economic level.

In response to the Climate Protests, the Student  Marches, the Yellow Vests and the REAL Climate Emergency,

OMPE unveils the principles and operation of its new project : The Green Box 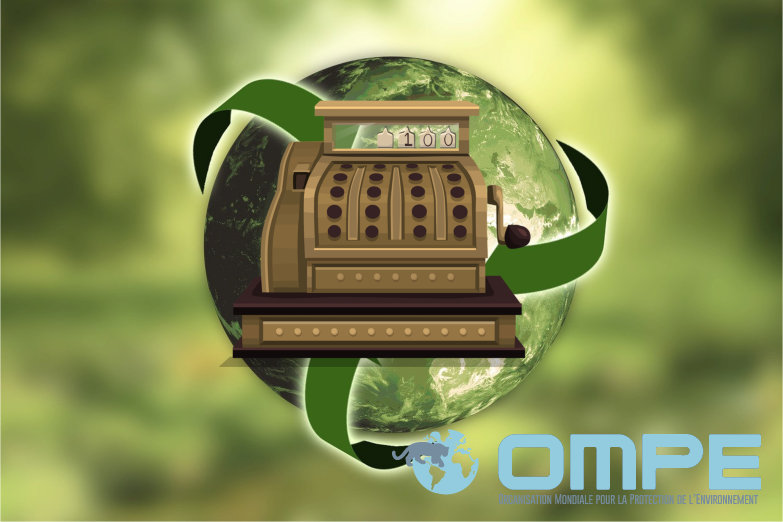 Principle and goals of the Green Box

The Green Box is a principle of innovative ecological taxation.

It was thought as close to the claims of the movement of Yellow Vests, occurred in France from November 2018, and followed by the Marches on Climate and Student Marches launched by the courageous Greta Thunberg from Sweden. The Green Box is also a concrete response to the REAL climate emergency and the obvious response to the call of Mr Antonio Guterres (Secretary General of the United Nations) launched at COP 24.

Finally, the Green Box is part of a larger project proposed by OMPE: the Global Environmental Transition Plan (GETP). For reasons of confidentiality, we can not present this project on this page for the moment. We are nevertheless at your disposal to provide you with all the necessary information: principle, functioning, calendar…

The algorithm of the Green Box is based on a simple principle: taxing polluting companies and helping green companies. It is no longer the people who bear the burden of ecological transition but polluting societies or lobbies inciting pollution. The Global Ecological Transition Plan (GETP), in which Green Box operates, has the following principle :

All taxes levied under the Green Box will go in favor of ecology. Every week, independent judges will ensure the sound management of the Green Box.

The Green Box brings a real modern solution to stop global warming as expected by all. It will be the first real system for slowing and reversing global warming. 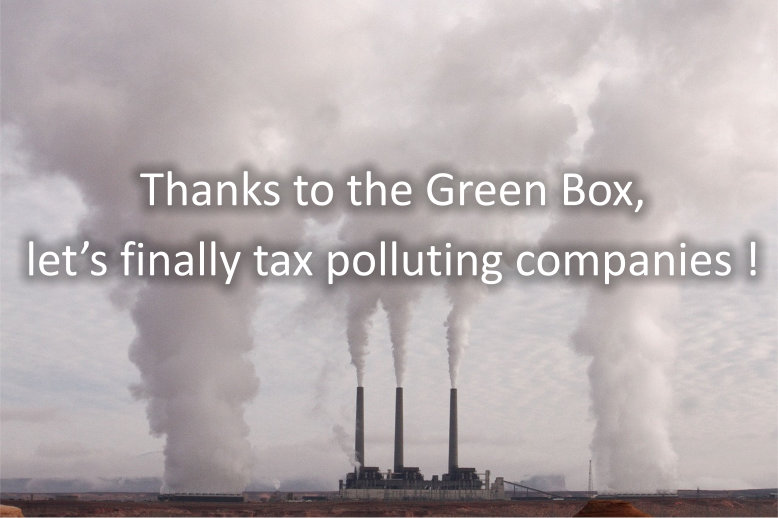 We hope that the system will be implemented in 2019. Since France represents 1% of global CO2 emissions, it could be an excellent “test country” for setting up the Green Box but other coutries could be candidate too.

A petition is online to demand the establishment of the Green Box : https://www.change.org/p/ompe-une-caisse-verte-rien-que-pour-l-ecologie

If you wish to help OMPE in the establishment of the Green Box and the GETP, contact us via our formulaire en ligne or via this email : contact@ompe.org.