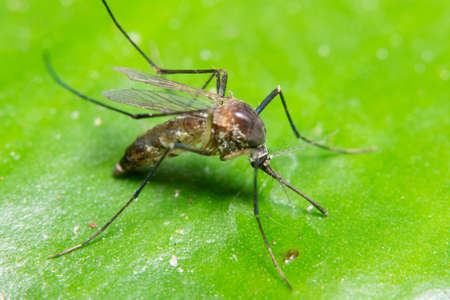 The mosquito can be a vector of sometimes fatal diseases such as Chikungunya, Dengue, Malaria and many others.

Today to fight against these nuisances, the spreading of insecticides remains appropriate.

Alternative solutions are beginning to emerge (following numerous conclusive experiments), such as the release of GMO mosquitoes.

GMO means “genetically modified organism” and in this specific case, it is a living organism whose genetic heritage has been modified by human intervention.

In May 2021, an American company was authorized to release 2 billion GMO mosquitoes in Florida into the wild, i.e. more than 12,000 eggs.

These transgenic tiger mosquitoes are males of the Aedes Aegypti species, carriers of dengue or even Chikungunya. They have been disseminated in nature with the role of reproducing with females. If their mission is successful, the larvae resulting from this mating will simply not be viable. No tiger mosquito will reach adulthood for lack of the necessary proteins.

This solution had the effect of rapidly reducing the mosquito population and without having any effect on the environment.

The main advantage results from the fact that man would no longer need to resort to insecticides which have effects on other species such as bees.

Mosquitoes are therefore not completely eradicated, which leaves food for other species such as birds and bats.

According to the American company in charge of the project, the modified genes cannot spread in the environment since the larvae never reach sexual majority.

The US Environmental Protection Agency (EPA) was sensitive to these arguments and decided to authorize the large-scale release.

American society welcomes this decision, now it intends to tackle the disease of Malaria. To do this, it will have to genetically modify the mosquitoes that carry it.