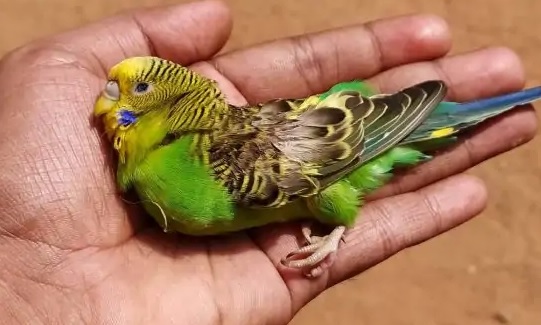 For more than two months, India has been posting temperatures approaching 50°C. This extreme heat weighs on humans but also on animals.

A phenomenon then appeared: millions of birds literally fell from the sky due to dehydration and exhaustion.

According to the forecasts announced, there would unfortunately be no respite before July.

It is even indicated that under the same conditions of settlement and pollution, the country could become uninhabitable by 2050 due to the increasingly intense and frequent heat waves that plague the country.

In northwest India, at Jivdaya Veterinary Hospital in Ahmedabad, veterinarians have already treated more than 2,000 birds for symptoms of dehydration, exhaustion and broken wings when they fell during the last month.

These high temperatures coincided with the end of the mating and breeding season for certain species of birds, which led to the care of a large number of chicks and nestlings in the establishment.

Every day, citizens or volunteer rescuers bring birds in boxes or baskets. They are then registered, weighed, labeled and examined by veterinarians. Unfortunately, about one in four birds do not survive due to the severity of their condition. For those who manage to recover, these are placed in an aviary until they can be released into the wild. Those who survived but were severely disabled by their injuries were sent to zoos or educational institutions.

On the other hand, the heat and the humidity now exceed the survival threshold for people who are outdoors. At present, no human toll has been published nationwide.

In the state of Maharashtra in southwestern India, since March, 25 people have died because of the heat. Compared to previous years, since 2010 successive heat waves have killed more than 6,500 people in the country.