Gorillas are the living creatures closest to man. Indeed, their DNA is about 98% identical to that of humans.
Like all other monkey species, gorillas are threatened with extinction in the wild. Present in 10 countries in western and central Africa, they live in equatorial forets. There are two species of gorillas, which differ in morphological, genetic and ethological characteristics : eastern gorillas and western gorillas.

Faced with various threats, the gorillas have seen their population decrease by 70% in 20 years. 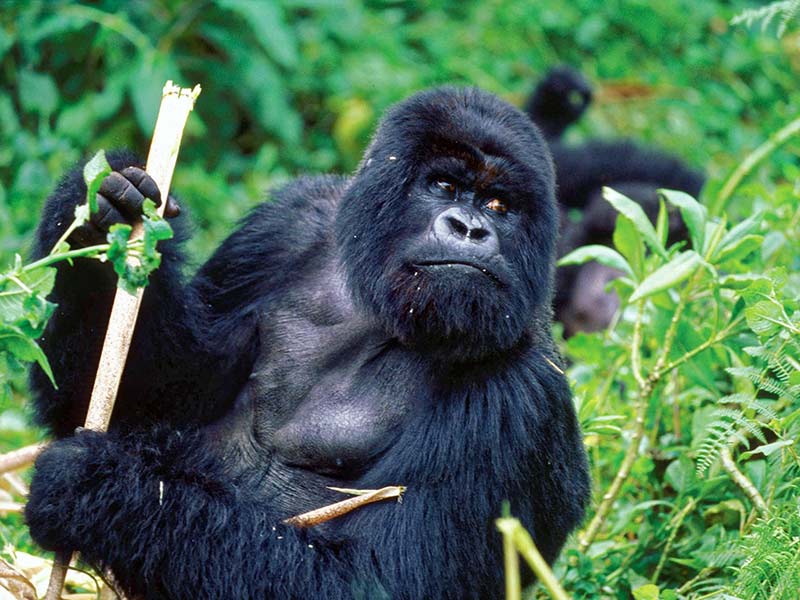 Gorillas caught in hunting and catching

The World Wildlife Fund estimates that between 3000 and 6000 great apes are killed by man every year.

Killed to be consumed…

The bush meat or bushmeat, is traditionally consumed by local for spiritual reasons. But this hunt also fuels a lucrative market based on the export of “African game” by boats and planes, which is then served in major European restaurants. 800 gorillas would be killed each year to fill the hungry with exoticism…

Young gorillas that are not caught, fattened and killed for consumption, are abused and resold on the market as a pet. This type of practice is most prevalent in Gabon, Congo, Zaire and Cameroon.

Traumatized by the death of their mother, some young gorillas die of depression or malnutrition. Indeed, during their captivity, they are mainly fed bananas and corn , which contrasts with their rich and varied diet, in the natural state. This malnutrition causes deficiencies and diseases in these young people, before they reach the « ideal weight for consumption ».

Captured and resold at zoos…

Gorillas are also caught and destined for zoos, not aiming at conservation of the species, but maximum visibility of the animals in a restricted space, in order to optimize the profitability… The protection of the gorillas goes of course to against this type of practice…

Used in the accomplishment of local beliefs…

Each part of the gorilla’s body would have « beneficial effects » 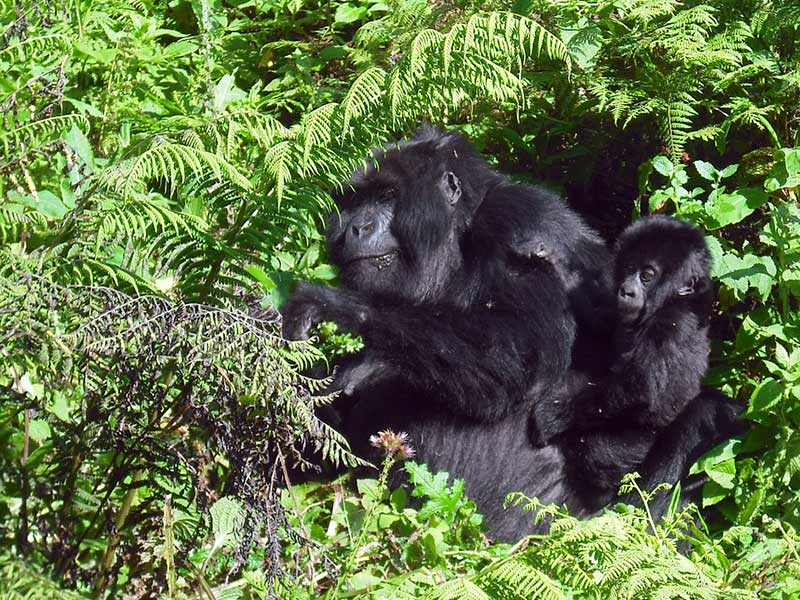 Gorillas collateral victims of the wars

Civil conflict forces farmers to leave their farms and live in forests, where they hunt for food and survive.
In particular, the civil war between 1996 and 2003 had a major impact on the gorilla population. 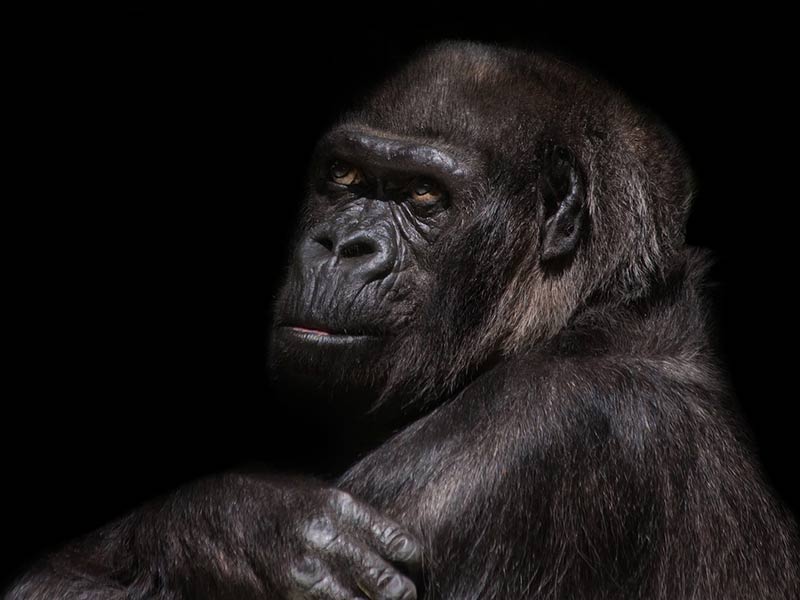 The Ebola virus, which affects humans, also regularly affects gorilla populations. It causes hemorrhagic fevers that usually lead to death. This very contagious virus spreads very quickly.
In apes, epidemics do not result from mere contamination from one individual to another, but from massive and simultaneous contamination of these primates from a reservoir animal.

Great apes are also victims of diseases brought by humans that can be fatal, such as : pneumonia, influenza… 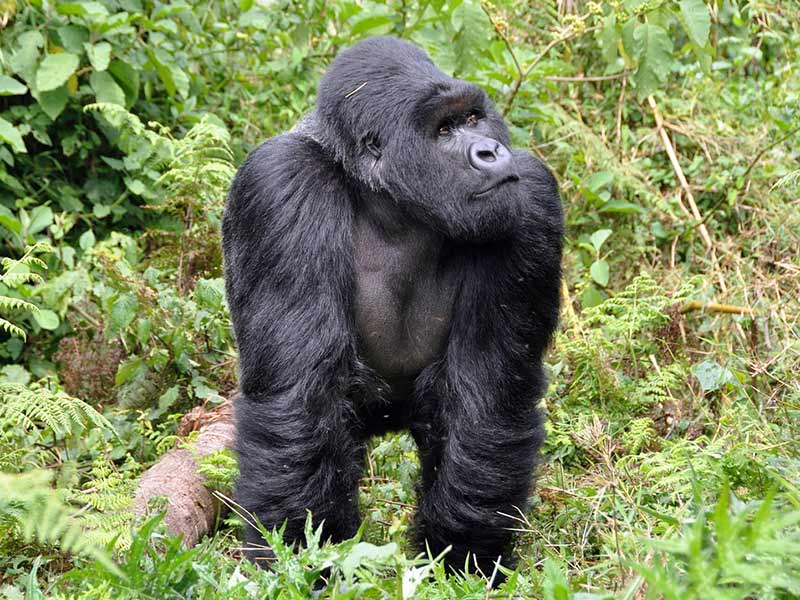 The use of forests by tourists, without direct action on gorillas, causes their acclimatization to the human species and thus makes them more vulnerable to poachers by their decline in vigilance.
In addition, tourists can carry diseases likely to contaminate animals. 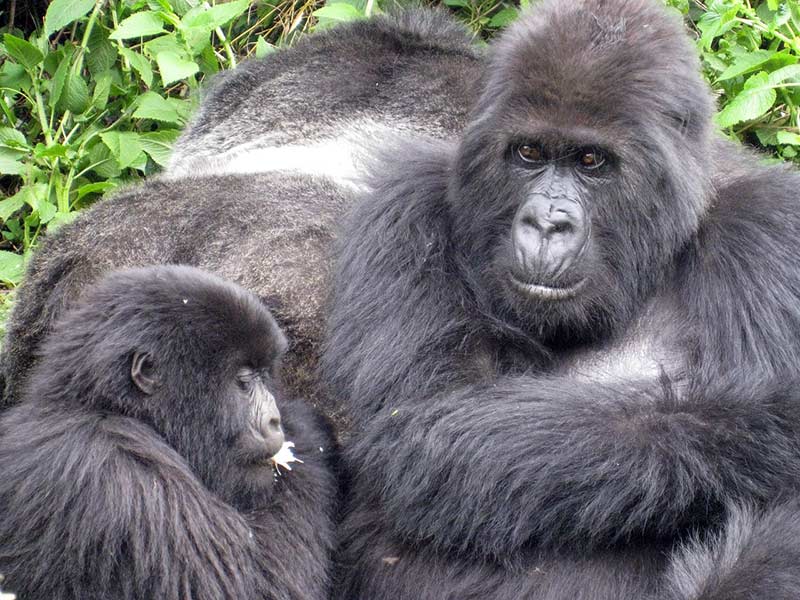 The deforestation has accelerated since the 1980s due to the installation of foreign companies exploiting the forest.

The opening of the environment for agricultural purposes is achieved through fires, which destroy the habitat of the great apes, but also their direct death, as well as a drop in their food resources.
In addition, the construction of roads, both fragmented the gorilla habitations, but also facilitates the access of poachers to hunting. 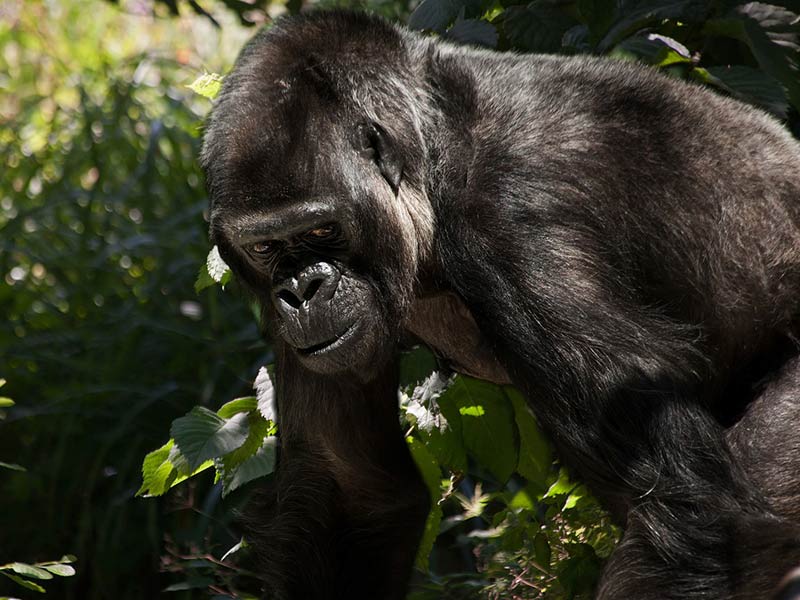 … they cannot thus have between 4 and 9 gorillas in their life. And all of are not viable… This factor again comes to weight down the numerous threats witch weigh on gorillas, more than ever threatened to disappear if the protection of the gorilla does not become a priority. 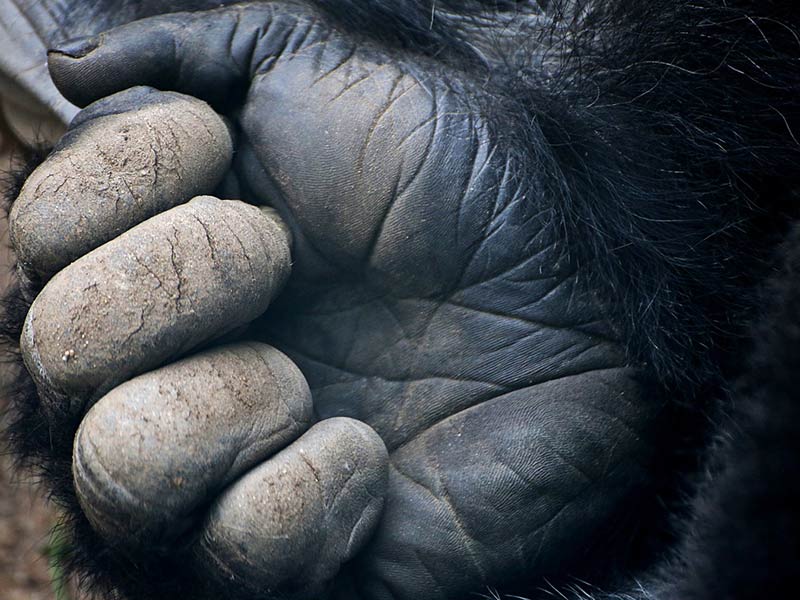