This massive disappearance, described as the 6th extinction  crisis , is of an abnormally high speed and is accelerating exponentially… At this rate and if nothing is done,  wildlife will be no more than ‘A memory that our children will discover in a beautiful picture book…

The numbers speak for themselves, yet wildlife is dying in indifference… There is clearly  NO WILDLIFE ASSISTANCE… The hour is no longer to the awareness, to say that Is urgent to act is a euphemism, and the actions carried out by lovers of Nature remain clearly and unfortunately insufficient to reverse the movement… 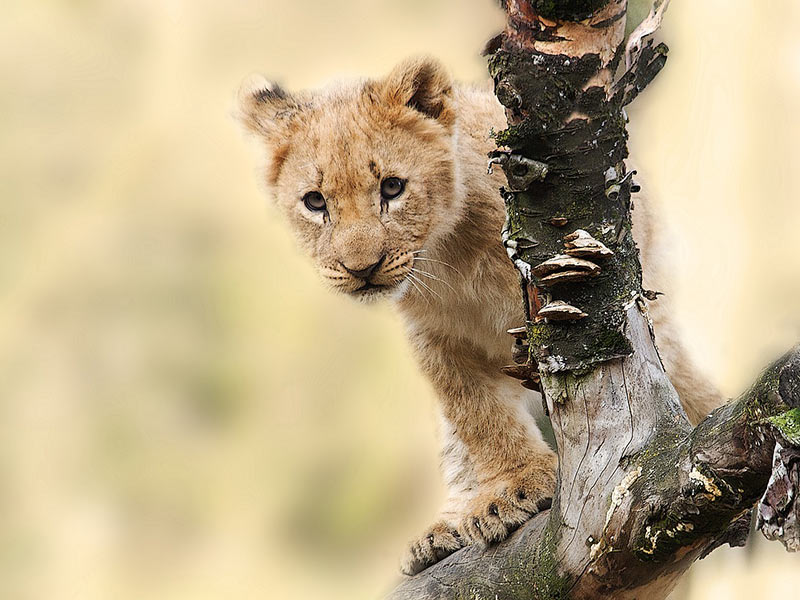 The observation : 1000 threats that weigh heavily on wildlife

If  most animal species are currently threatened, extinct or already extinct, a species on the other hand is doing well and develops in defiance of all the others : man…

And we should be 11 billion earthlings in 2100 (according to a report of the United Nations published on Thursday 13 June 2013) Wow ! No other species can boast of such a level of growth… Except that this proliferation generates  serious pressures on the environment, pressures that are not without consequence for wildlife.

Massive use of fossil fuels, agriculture, intensive livestock farming, the use of fertilizers, overexploitation, massive destruction of forests… All these human activities that increase the concentration of greenhouse gases and cause a  global warming that dramatically disrupts  ecosystems :

These changes, visible everywhere on the planet – displeasing to skeptics (can we still dare to be skeptical about the state of our planet) – have dramatic consequences on the fauna.

Example : Polar Bear needs pack ice to feed. Only the pack ice allows it to catch seals, its favorite prey. The abnormal melting of the pack ice in the Arctic may well cause its loss in the near future: fragmentation of its habitat, scarcity of its prey, which are also affected by global warming, difficulty hunting…

An example among many others… 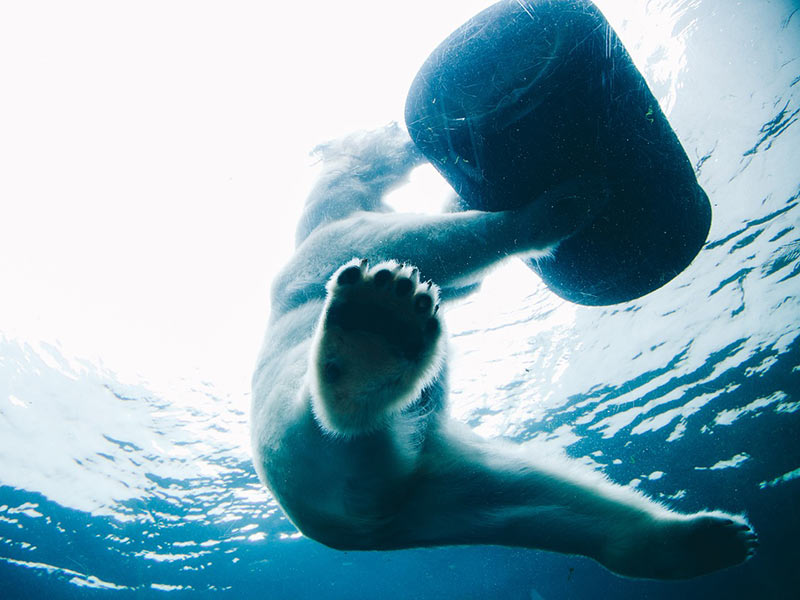 2- Destruction and fragmentation of habitats

The Man urbanizes, cultivates and industrializes everything. It builds roads, highways, suburbs, residential areas. It transforms primary forests into single-species forests, over-exploits them, destroys them. It builds industrial empires, agricultural realms, reducing the natural habitats of wildlife to a skin of grief… All animal species are affected by this  in-depth modification of the environment.

Examples : The African savanna, a place where elephants live, disappears in favor of crops … In Australia, kangaroos die by shovel, crushed like flies by vehicles … The implantation of palm oil palm nibble the land of Life of orangutans … Overgrazing diminishes the sources of food and nesting possibilities of bees… 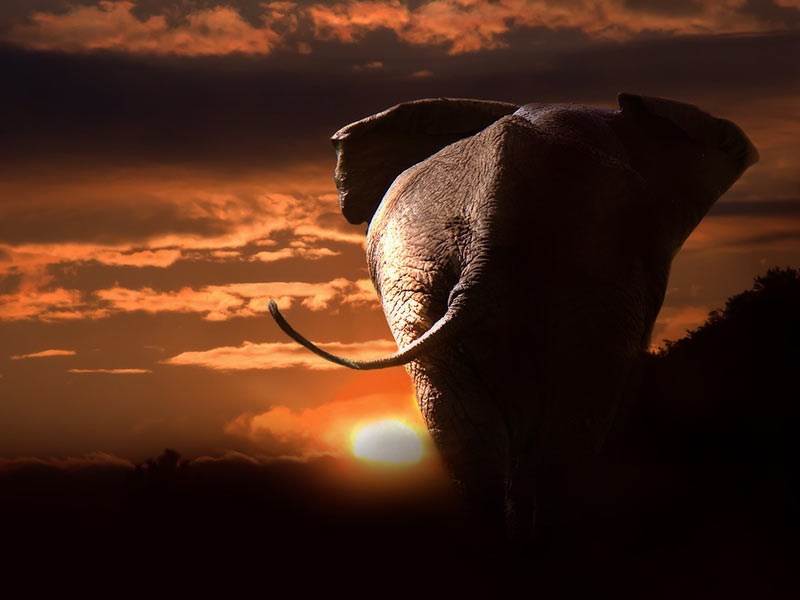 Tooth brushes found in the stomach of marine animals.

5-legged amphibians due to pesticides.

Fish found dead, floating 15 km on the Olifants River in South Africa, polluted by the release of phosphates …

Pollution of the oceans, soil pollution, air pollution. No environment is spared.  A planetary rampage that has irremediable damage to wildlife.

Visible or invisible, unconscious or gently condoned by those who pull the strings of power, this pollution is monstrous, and radically alters the face of the Blue Planet.

There are several types of pollution but ALL have the same unique origin, human activity :

And ALL have more than dramatic consequences on wildlife. 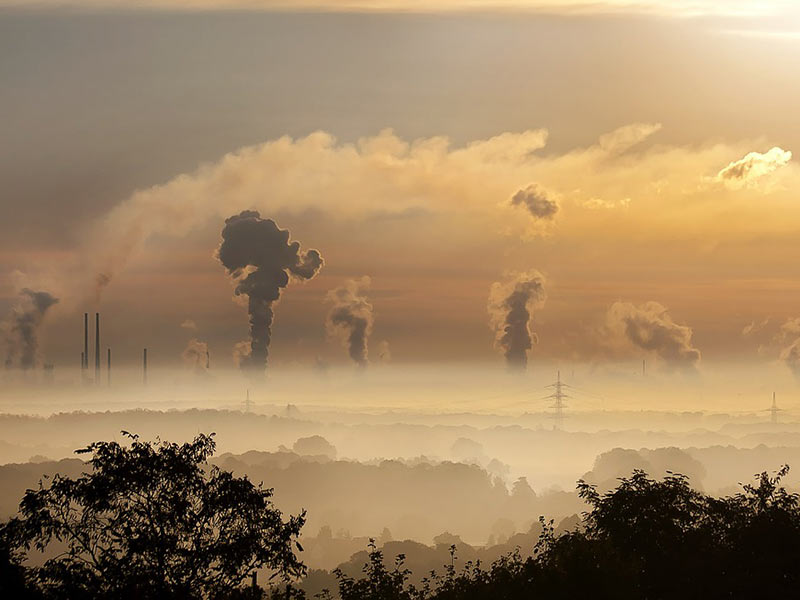 With our 7 billion people, we now  live on credit. Our planet is no longer enough to quench our thirst for  unrestrained consumption.

Overexploitation of resources (overfishing, intensive agriculture…) has exhausted our Planet. At this rate, the oceans will soon be depopulated and the land lifeless. Are we so unconscious to offer such a world inheritance to our children ? 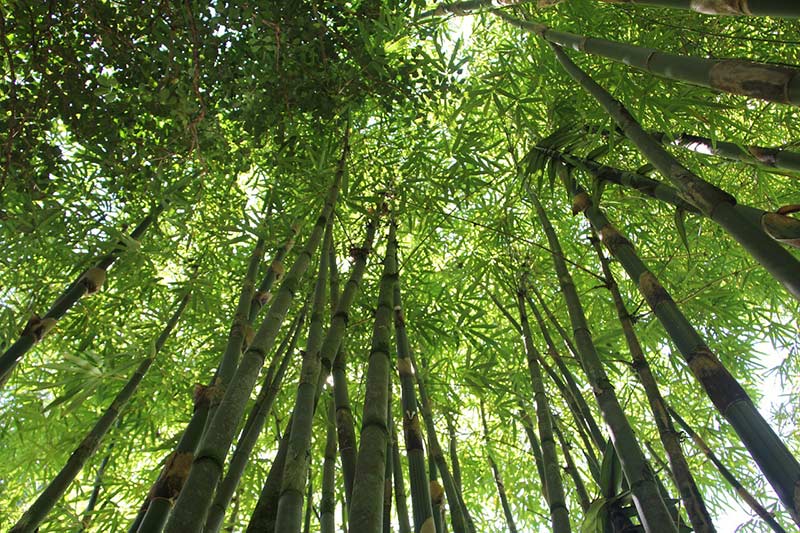 Did you know that on the black market a rhinoceros horn sells between € 20,000 and € 51,000 per kilo ? Knowing that a rhinoceros horn weighs an average of 5 kg, do the math ! The trade in wild animals is the third biggest traffic in the world  after drugs and weapons.

The NAC (New Pets) are the subject of a real fashion phenomenon, and it has been for many years that it lasts! Poachers capture snakes, parrots, iguanas, birds, and meerkats in such quantities that the populations melt by sight. “Intermediaries” transport them into tupperwares or cassava bags and make them cross borders easily in exchange for bakchich.

Animals that survive terrible transport conditions are sold at gold prices in  pet shops  or…  on the Internet  on well-known sites like Le Bon Coin or Naturabuy. 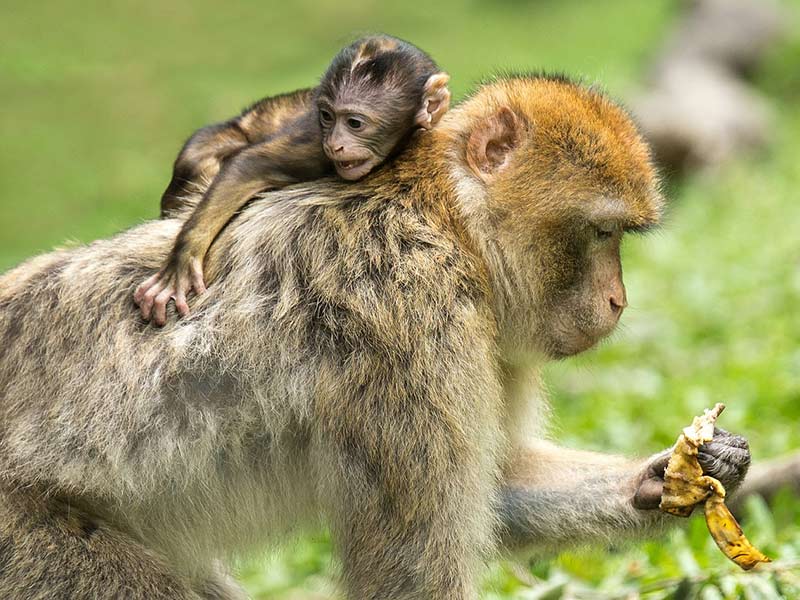 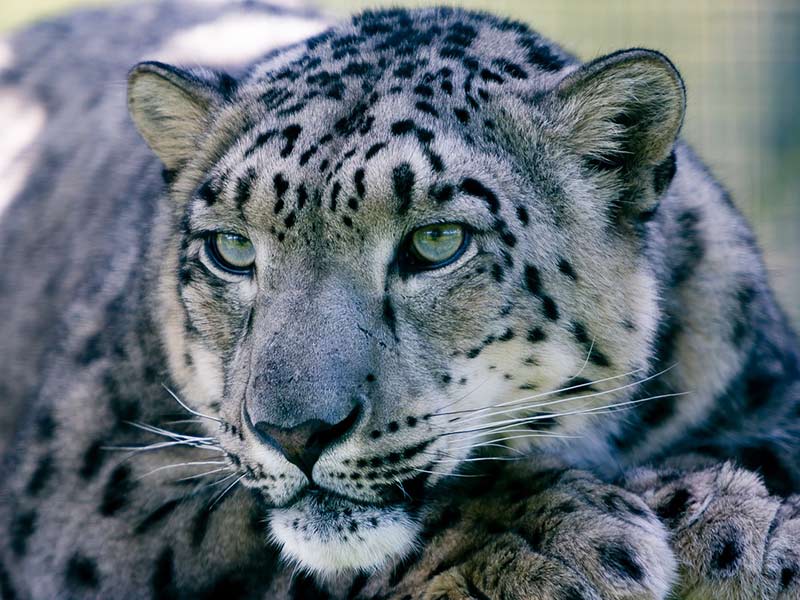 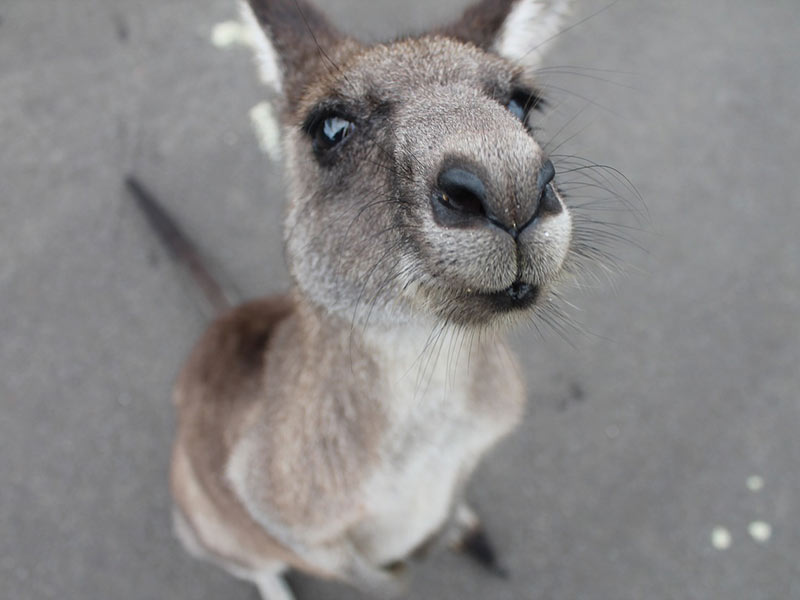 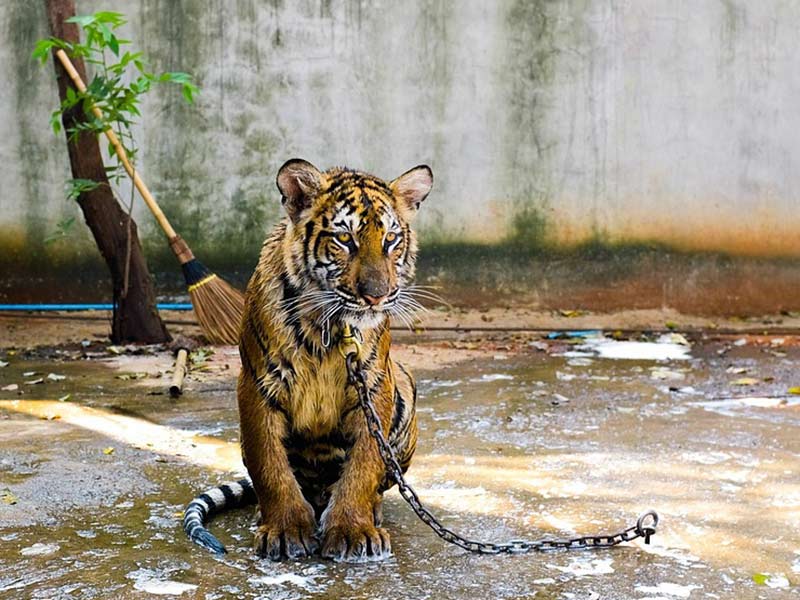 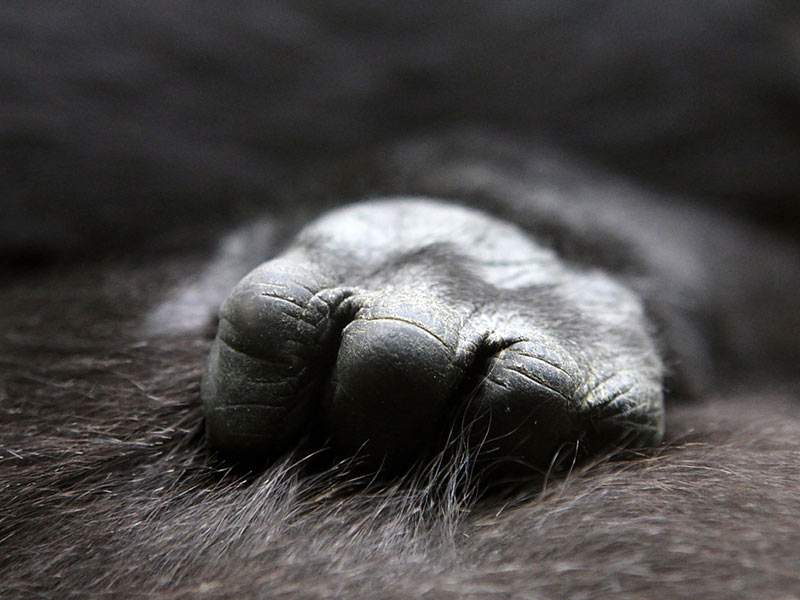 Why is the protection of wildlife vital ?

Let it be said, it is not  a matter of protecting wild animals  just because they are beautiful to look at, although this is a reason amply enough to stop the bleeding.

Saving wild animals is not an option but a vital necessity for our own survival.

Not to mention that Nature is a  giant pharmacopoeia : plants and animals contain thousands  of remedies for our ills, without there being any need to massacre them… 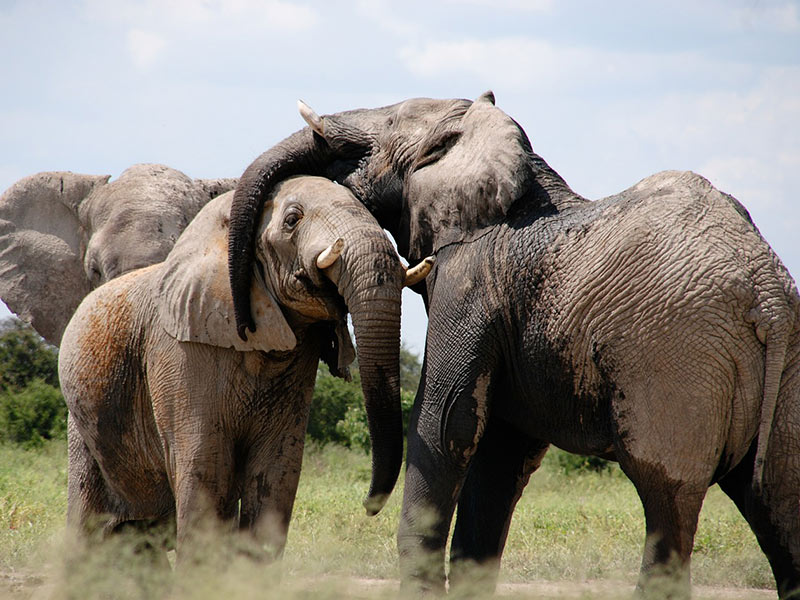 Projects and solutions of the OMPE : how to protect animals?

Let’s face it, the situation is serious, time is no longer mocking those who seek to protect animals as best they can whether alone or with the help of an animal rights lawyer.

We can no longer content ourselves with a line on the protection of wildlife in electoral programs, measures that relieve the consciousness of those who think production, consumption and profitability, put a few men on the ground hoping that it works, To impose fines on the value of a tip… We can no longer close our eyes or say that on our scale we can not do anything… It is also the demand that makes the offer…

The protection of endangered, threatened and endangered animals can no longer be the business of a few. Animals need our support for all… 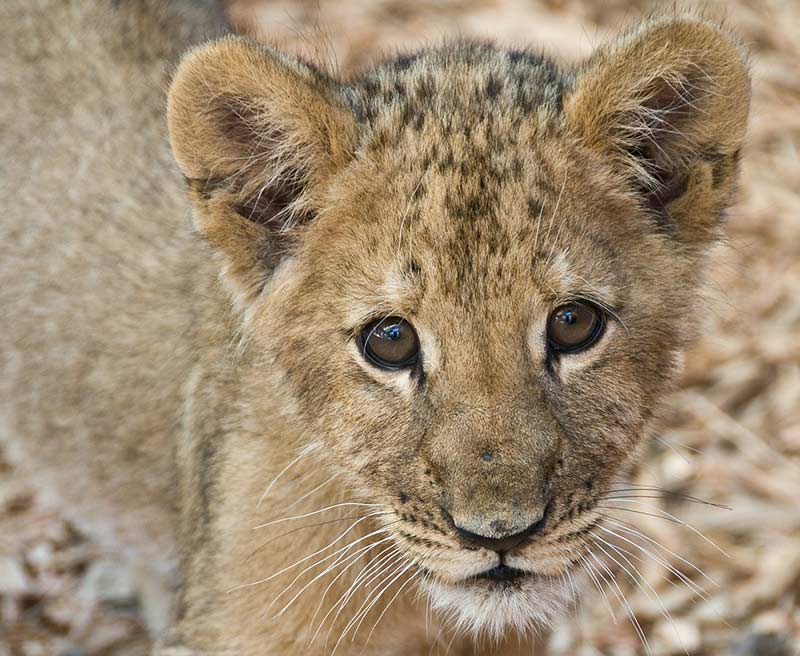 1- Education for the protection of biodiversity : towards a school of nature

Given the urgency and the stakes for our own survival, Education for the Protection of Nature should no longer be limited to workshops – interesting as they may be – proposed by Associations and NGOs at events. The protection of wildlife depends on knowledge, education, understanding at all ages of life. The protection of biodiversity and sustainable development must be subjects taught at school, in the field…

The stronger the awareness, the better everyone will measure the scope of his actions on a daily basis…

2- Creation of the CMPE : Worldwide Code of Environmental Protection

We no longer want isolated laws, more directives that can be bypassed by playing on words, more prohibitions that are applied to some and not to others.

The objective is to create a  Global Code of Environmental Protection that takes into account ecosystems in their entirety, the totality of the environments and the diversity of species, and integrates the local populations whose subsistence depends on Nature. A common code that no one would be exempt from applying, starting with governments.

3- Creation of a global genebank

The goal is to gather the DNA of all threatened or endangered species within a giant ” library” so that they can be recreated in the future when technology permits.

The idea is to finance and set up a  project of drones like that of “Ranger Drone Project”. These drones will allow to monitor vast expanses, true reservoirs of wild fauna but also lands of preference of the poachers.

These drones will  detect suspicious activities and poachers before they act out. They will send a signal instantly to the Rangers who can intervene quickly. These drones will also be able to direct the animals towards safe spaces and reserves.

This type of solution is already being tested, particularly in Kenya and Tanzania and the results show a  significant reduction in poaching. Broadening it to all wildlife reserves would reduce poaching.

To learn more about the project “Ranger Drone Project”, watch this video .

5- Means at the height of the emergency

One can not fight organized poaching and armed with the back of a spoon. It is necessary that rangers be able to fight « on an equal footing »  against those who act against nature : wages equal to the risk incurred, adapted equipment, teams trained in sufficient numbers day and night, valued mission…

Despite the creation of protected areas around the world, unnatural crime continues because poachers can almost do whatever they want. The idea is to use new technologies  at our disposal (satellites, transmitters, detectors and even robots) to  reinforce or create new reserves whose protection will be considerably increased.

We are aware of the scope of the task to implement these solutions but:

So we can always say that we do not have much to do… But if we count the gentlemen and the people who inhabit the planet, finally by uniting our forces and our wills, we could Have far more weight than we imagine… 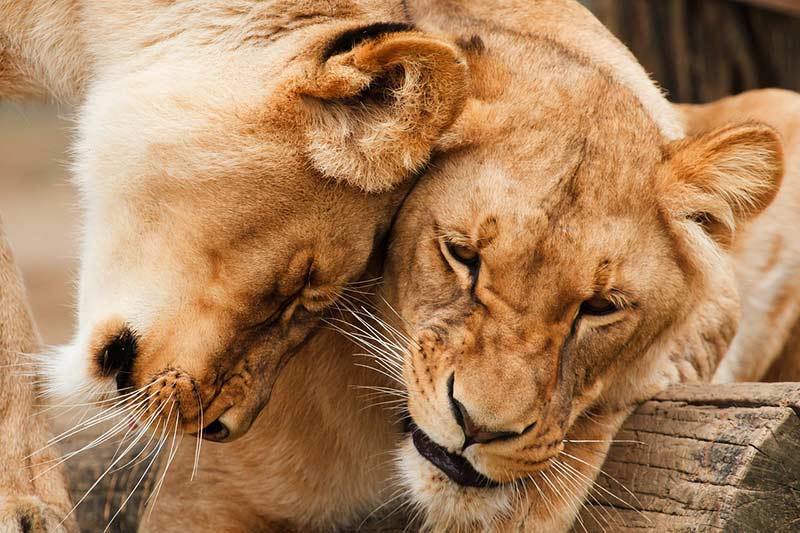