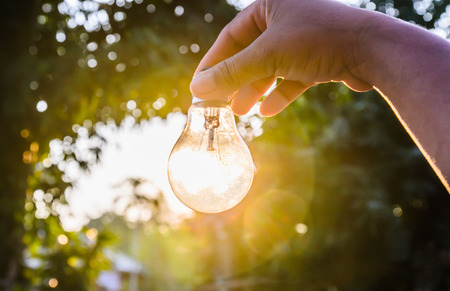 On Friday August 26, 2022, the price of electricity in France broke records on a futures market, exceeding €1,000 against €85 a year earlier. A 12-fold increase can be explained by historically low French production: 32 EDF reactors shut down out of 52 in total, in particular for maintenance reasons, corrosion problems or even drought. Added to this, the exponential rise in the price of gas due to the war in Ukraine. Indeed, the gas and electricity price curves follow the same path.

Across the Channel, the United Kingdom had announced an 80% increase in energy prices from October 2022. So, are we at risk of arriving at the same scenario?

To explain the price paid by consumers, we will detail a basic electricity bill:

A) The cost of energy distribution and transport: it increases a little due to the renewal of an outdated network, around 2-3% per year, which will not blow up our budget;

B) The contribution of the public electricity service (CSPE), which notably finances renewable energies, the additional cost of electricity production in metropolitan areas and the energy check for low-income households. This share should logically increase like precariousness in France even if it should be a contained increase;

C) The price of energy is divided into two categories: the cost of marketing (which increases at the same rate as inflation, is around 6% in one year) and the cost of electricity itself, more precisely the cost of ARENH (that is to say the cost of historical nuclear power – globally stable), with that of the market (that having been multiplied by twelve).

After dissecting a bill, we note that the part subject to market prices remains low (5 to 10% of the bill), only this part will be impacted by the sharp price increases observed on the electricity market. This will not add 0 to your bill.

There is also the famous “tariff shield” which should protect EDF customers. Via the blue tariff, the price is regulated by the public authorities. With regard to other alternative suppliers such as Engie or Total, there are two sub-categories: those operating at the regulated electricity tariff, therefore concerned by the tariff shield and those depending only on the market price, for whom the invoice should increase significantly. But this shield should end in February 2023, so what about next?

For the ministers, there will be no “tariff explosion” as announced in the United Kingdom, in particular in a rather tense social context, there should not be a new crisis of yellow vests, but there will be everything likewise a slight increase in 2023.

In the future, it would have been easier not to buy electricity, so it would not be expensive for us. What if it were possible for France to supply itself? This is not easy, indeed as indicated above, more than half of the nuclear fleet is shut down. Let’s imagine that it is, a not insignificant part of electricity has passed through the market since the opening of the energy markets. There would have been the same increase from €85 to €1000 per megawatt.

To fight effectively against soaring prices and achieve a reduction in the bill, it would be imperative to reduce our consumption. Indeed, the less we buy, the easier it would be for the State to provide aid.

But today the trend is for everything to increase, even if electricity remains the cheapest energy for households compared to gasoline or gas.

With this in mind, it could be interesting for them to opt for electric heating or even to change to a hybrid / electric car to lower their fuel costs. But do we all really want it?