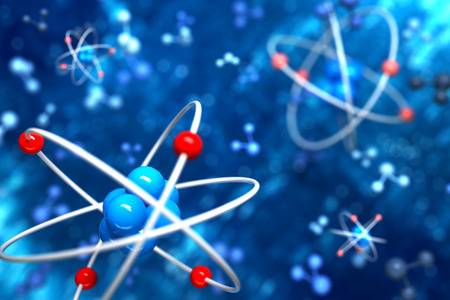 Radioactivity is a natural phenomenon that originates in the heart of the atom. In the unstable nucleus of a radioactive atom, there is a surplus of energy which leads to a disintegration of the atom into another atom by simultaneously emitting particles of matter (electrons, helium nuclei, neutrons, etc.) and energy (photons, kinetic energy).

Two atoms can have the same number of protons and a different number of neutrons, they are called isotopes. Some of them have an unstable nucleus and are therefore radioactive.

They can become radioactive because of too many particles, or too large a gap between protons and neutrons, or too much energy.

Therefore, the nucleus of an unstable atom naturally corrects these anomalies by decaying and emitting radiation in order to become stable.

Humans are regularly exposed to natural radioactive rays from space and Earth. This emits 54% in uranium and thorium and 11% in cosmic rays, which alone represent 65% of the radiation that humans receive per year.

Nuclear power plants belong to these radioactive sources with a rate not exceeding 0.01% of all the radiation we receive each year.

There are 3 types of radioactive radiation: α (alpha), which a sheet of paper can stop ; β (beta), which aluminum foil can stop ; γ (gamma), for which a strong thickness of lead or concrete is needed to stop it

Radioactivity corresponds to the number of radioactive atoms that are transformed per second and is measured in Becquerel (Bq).

These three types of radiation can be dangerous to health, but it all depends on their intensity and the degree of exposure.

The impact radioactivity can have on our health is called “dose” and is measured in millisieverts (mSv). The average annual “dose” in France corresponds to 2.4 mSv. The nuclear power industry releases a minimal dose of 0.001 mSv per year and per plant.