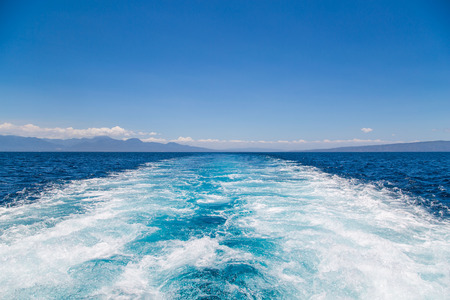 On February 3, 2022, one of the largest fishing vessels in the world dumped hundreds of thousands of dead fish into the Atlantic. The Dutch trawler FV Margiris (6,200 tons and 143 meters long) formed a floating mat of carcasses (mainly composed of blue whiting, a subspecies of cod used in the industry for the production of fish sticks) on a part of the ocean.

The fishing industry group PFA, owner of the vessel, indicated that the spill was “accidentally” caused by the rupture of a fishing net and described this event as “extremely rare”.

The Sea Sheperd group published photos of the disaster while asserting their doubts about the “mere accident” theory. Indeed, following the issuance of a regulation by the EU with the aim of reducing non-selective fishing methods, a vessel has the obligation to return to port to offload unwanted catches before returning to sea. It is a long, restrictive and costly process for most of these boats, explained Layma ESSEMLAI, group leader.

Unfortunately, this creates a great temptation for some who, once at sea, without any control or witnesses, throw everything they do not want overboard.

An investigation into the accident has been opened by the country’s national fishing authority at the request of the French maritime minister, Annick GIRARDIN. She also explains that this vessel is “accustomed” to this type of incident, since it has already been implicated in the rejection of unwanted catches and following the various protests of environmental activists, it was forced to leave Australian waters in 2012.

Environmentalists in the United Kingdom had also tried to have it expelled from British waters in 2019, they had not succeeded because being still part of the European Union, the country did not have as much room for maneuver as had Australia.

In addition, the methods used by these trawlers are often strongly criticized by environmentalists: the Margilis uses nets measuring more than a kilometer long dragging in the ocean and dragging the fish into “on-board factories”.

The Sea Shepherd group denounces this practice, which has harmful consequences such as the starvation of dolphins. These are forced to hunt closer to the coast, leading them and all other marine mammals to be trapped in fishing nets to die of asphyxiation. In recent years, there have been thousands of dolphins stranded on French coasts.

There is a certain laxity on the part of France in terms of control. According to the co-founder of Sea Sheperd, Layma ESSEMLAI, “it is not Europe which prevents France from taking the right measures, it is rather France which slows down with both feet whenever Europe wants strengthen controls on the subject”.

It is therefore essential that the awareness and monitoring of fishermen becomes a priority, as well as the sanctions incumbent on them in order to preserve the survival of the oceans, since today, fishing or overfishing is the main threat.

Sea Sheperd therefore calls for onboard cameras to be imposed on board these vessels, in order to identify and keep the most destructive vessels at the dock. For those sailing at sea, that they are better controlled and that they render accounts so as not to stick to the simple version of the shipowners.

It also recalls that France has the longest coastline in Europe, which makes it the second largest maritime power in the world and the only one in the world to be present on all the oceans of the planet. She says defending the oceans should therefore be a national cause.

A few days before the opening of the “One Ocean Summit”, organized by Emmanuel Macron, we all hope that there will have been enough echo in society on this subject to speed up political decision-making.