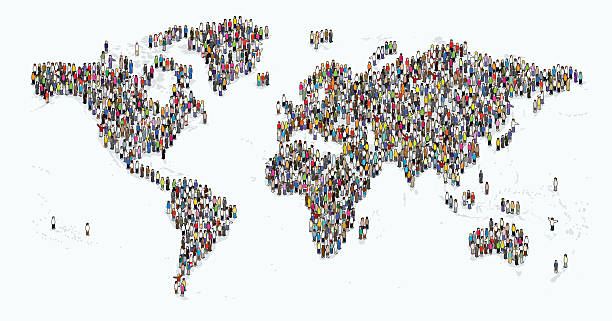 According to the UN, our beautiful planet now has 8 billion people. Hundreds of thousands of years passed before the world population reached one billion people, but it took only 11 years to pass the milestone of 7 to 8 billion.

World population growth is expected to accelerate further for a few decades and peak in 2080, with a total close to 10.4 billion. It should then remain at this level until 2100, according to a UN report.

They also claim that “this unprecedented growth” is the result of the progressive increase in the duration of life, in particular thanks to the progress made in the field of medicine, nutrition, personal hygiene, etc.

In addition, globally, average life expectancy has increased from 64.8 years in the early 1990s to 70 years today.

The fertility rate (average number of children per woman) is a determining factor in explaining current trends as well as for projections over the coming decades. However, this indicator has shown a sharp drop since the 1960s. In the past, a woman gave birth on average to five children, while in 2021 this figure was only 2.32.

This reduction in fertility obviously does not take place in the same way, nor at the same speed, depending on the continent. In Africa, for example, it is falling sharply but still remains higher than elsewhere: a little more than four children per woman currently compared to around two at the end of the century. For Europe, North and South America, Asia and Oceania, it was a rapid drop after the second half of the 20th century, between 1.5 and 2.5 children per woman.

At the same time, the population is ageing. Over a given period, Europe remains the oldest continent. According to the UN, the under 25s have been declining since the 1960s, while the over 65s are expected to rise until 2060 and then level off. The median age of the European population should thus increase from 41 years currently to 49 years by 2100.

Another consequence of these projections: the ranking of the most populous countries on the planet will be turned upside down. India has 1.4 billion people today, expected to become the most populous by 2023, overtaking China. The United States currently occupies the third place, is expected to fall back to sixth position in 2100. And finally, Nigeria, Pakistan and the Democratic Republic of the Congo are expected to overtake them by the end of the century.

And if global forecasts predict a demographic slowdown, for some countries, the situation is much more marked: they should lose a good part of their population by the end of the century. Between 2022 and 2100, for example, South Korea should lose 53.2% of its inhabitants, Ukraine 52.6% and China 45.9%.

Conversely, the demographic evolution of other African countries should go completely against the global forecasts. For example, Niger is expected to experience population growth of +546% between 2022 and 2100 and the Democratic Republic of Congo an increase of +342%.