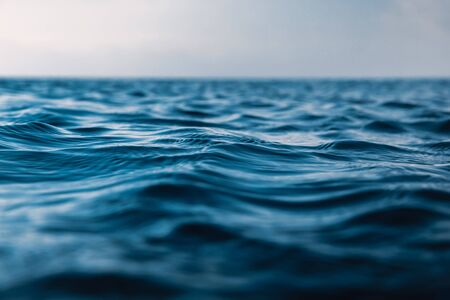 The oceans and the atmosphere work together to form the climate on Earth, but unfortunately the climate is changing.

The energy emitted by the Sun is called solar radiation, it enters the atmosphere, some is reflected and the other is absorbed by the Earth and converted into thermal energy.

About half of the remaining part absorbed by the Earth is concentrated on the Earth’s surface made up of land and oceans. But it is the oceans that are targeted first since they cover 70% of our planet.

Our oceans do remarkable invisible work, absorbing all that heat while remaining cold. This is because changing the temperature of air requires much less energy than changing water. Ocean water can therefore capture four times more radiation than air before its temperature rises by one degree.

Climate change is causing the global average temperature to rise. This phenomenon stems from increasing greenhouse gas emissions and without our oceans the atmosphere would therefore be much warmer. But with these increases in temperature, they are no longer able to maintain a certain cold temperature in the atmosphere.

Due to increases in ocean temperatures, the glaciers of the polar caps are melting at full speed. Scientists find that these ice creams have melted much faster in the past 20 years than in the previous 10,000 years.

As these melts occur, the level of the oceans continues to rise and harms coastal ecosystems: erosion, loss of habitats, contamination of sea and fresh water, floods, etc.

This acidity is measured with the pH scale in 14 units. Over the past 300 million years, the pH of the oceans was 8.2; but since the end of the 18th century this has fallen to 8.1. This may seem small, but it corresponds to a 25% increase in ocean acidity over the past 200 years.

This acidification can cause extensive damage to certain marine organisms, such as harming the development of shellfish such as clams, snails and oysters.

Rising temperatures also cause deoxygenation because hot water can no longer hold as much oxygen. It also changes the mix between surface water (rich in O2) and deep water (no O2).

There is also an impact on coral reefs. These have a symbiotic relationship with an algae called zooxanthellae which provides them with the nutrients they need to survive. With warming, corals unwittingly expel algae and eventually turn white, leaving them vulnerable.

Hundreds of other species therefore migrate to the poles to find the colder waters necessary for their survival.

Therefore, the oceans play a very important role in the stability of the Earth’s temperature, although they have limits on what they can do.

In conclusion, taking care of our planet is imperative if we want it to take care of us!