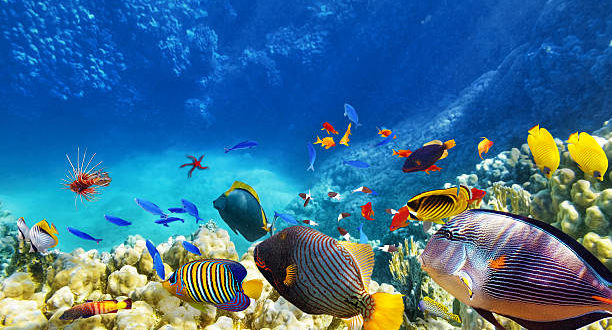 It is a proven fact that there are half as many fish in the oceans as in 1970. Some environmental organizations indicate that “the oceans are on the verge of collapse” with the main causes: overfishing and overconsumption.

Overfishing qualifies fishing activity when it threatens the renewal of marine resources. It impacts ecosystems that can no longer regenerate. Many fish do not have time to reproduce, which can eventually lead to a shortage of a species. This subject is at the heart of debates in France but also in most countries around the world.

The cause of this overfishing is mainly the increase in the world population for more than 100 years. This is equivalent to a fourfold increase in the number of people on Earth in a century. Consequently, in order to feed all these human beings and ensure their food security, it is imperative to find new long-term solutions to avoid continuing to “plunder” the oceans.

To fight against this phenomenon, it is essential to highlight certain major players such as the MSC (Marine Stewardship Council) France, which fights on a daily basis to limit these abusive and destructive practices for flora and fauna. They place industrialists and fishermen at the heart of change, in particular by making them aware of the preservation of marine resources.

Overconsumption qualifies the practice of buying excessively perishable goods in a volume greater than normal, irreparably causing the plasticization of our oceans.

In 2015, plastic production reached 300 million tonnes due to the relentless development of packaging. Of this mass, we note that 30 million will end up in the waters of the globe. For most of this waste, the problem lies in its decomposition time: 10 to 100 years for cans, 100 to 1000 years for plastic bottles, 200 to 500 years for aluminum cans, 400 years for plastic bags, …

Therefore, we cannot ignore the shocking comparison between our oceans and “an inhabited landfill”.

To fight against this phenomenon, many major players represented by large companies or associations are developing innovative projects, preventive actions or raising public awareness.

We can mention the project of our association the OMPE (the World Organization for the Protection of the Environment) working in this direction: The giant barge and its anti-plastic Fischy drones. The purpose of these drones is to suck up any trash they encounter at any depth and bring them back to the giant barge. This will then take care of compressing the plastic collected and will be transported to the continent for recycling.

For more information about this project, you can visit our site https://www.ompe.org/

The current state of the oceans can broadly be called a “massive decline”. It is imperative to act now, for our planet, for the animals that inhabit it, but also to avoid a terrible legacy for generations to come.