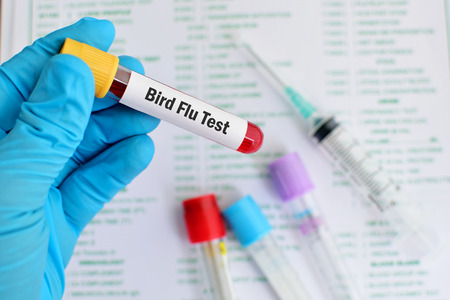 In France, the consumption of poultry occupies a very important part in the budget of the French. Chicken, duck, foie gras, … these products usually adorn our shelves throughout the year. But this year is likely to be different, indeed these so-called “usual” products are likely to be in less quantity in the coming months due to the avian flu epidemic which is raging in Vendée, the second producing department.

Breeders therefore work in difficult conditions: the epidemic having spread at breakneck speed, all the ducks and almost all the chickens in the department had to be slaughtered, which represents more than 15 million since March 2022. considerable gain, but also the loss of healthy animals, also killed to avoid any risk of additional contagion. In addition, they find themselves alone in their empty buildings, forced to disinfect everything before resuming activity.

Contamination occurred through ventilation, spreading throughout all buildings, particularly through windows. It is likely that these same animals would also have been contaminated even while being outdoors since it could have come from wild animals in the vicinity.

The neighboring department of Deux-Sèvres was a little less affected by the crisis, a few animals managed not to be contaminated.

Some breeders have chosen not to lock up their poultry, to be “outlaws” despite the demand for confinement applied to all farms since last November.

They claim that it is by leaving them free that they protect themselves from the epidemic, will be more resistant and will have better immunity. The result is that no animal from several partner farms has been contaminated.

Some breeders have nevertheless seen their farms slaughtered preventively by the veterinary services, then thrown in the trash when they were in perfect health.

Others could not resign themselves to such a practice, they decided to slaughter their healthy poultry themselves even if they did not have the sufficient weight to sell them. A decision taken so as not to waste their chickens but which leaves them with a bitter feeling of injustice.

The practice of industrial slaughter requires the slaughter of poultry as quickly as possible to replace them with healthy animals so as not to stop production. Breeders are therefore worried about the vision of the authorities, who could think that the bird grid is as if “eradicated”.

The surrounding production companies are therefore idling. We also know that a quarter of the French production of foie gras is made in Vendée, the usual rate of production should not return to normal before October. However, the risks of shortages are very real, the producers estimate that they should have only 50% of the stock for the end of the year celebrations.