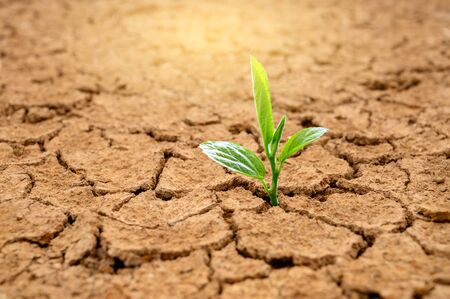 In France, since the beginning of the year over most of the country, we can observe a fairly substantial drought, especially in certain regions such as Provence Alpes Côte d’Azur since it is in rainfall deficit. In theory, this should have been 45%, while it reaches 100% in the South East, says the Weather Channel.

Can we already speak of drought? Yes, because the level of precipitation is below seasonal norms. The meteorologist M. Mittelberger explains that it is not all the same an agricultural drought since it is observed by the state of the soil, which in January in the PACA region, was not particularly dry. They were within the seasonal norm due to low winter temperatures and little evaporation. However, at present, some soils in the Var or the Alpes Maritimes are now very dry.

For Mr. Mittelberger, it is however difficult to link these elements to climate change. He observed very strong rainfall deficits in the 80s and 90s, conversely, very rainy January months in past years. In January 2014, the PACA region recorded 208mm of rain, three times more than seasonal norms.

It is important to specify that even if the water tables on the coast have not filled up since the end of 2021, those in the mountains have a better filling since they benefit from a contribution linked to the melting of snow.

Other European countries such as Spain and Portugal are also suffering from this winter drought. We can take as an example the level of the Zezêre river in a region of central Portugal which is falling dangerously. This revealed “a ghost village” which would in fact be the remains of the Vilar village submerged more than 70 years ago after the construction of a large dam. The inhabitants see this as a new threat, they who had already been hit by numerous deadly fires in 2017 having killed more than a hundred people.

Spain is also affected by early and extreme aridity given the low rainfall recorded in January 2022. They already consider this month to be the driest month since the 2000s in the Iberian Peninsula. “At this time and this month, it has not rained a quarter of what it should have rained” explains Ruben Del Campo, spokesman for the Spanish meteorological agency.

This unusual situation is prompting the authorities to take some important decisions: in a country where nearly 30% of the energy consumed is of hydraulic origin, a suspension of hydroelectric production from five dams has been decided to preserve the volumes necessary for public supply.

Farmers and breeders are quite concerned about the current situation, but also about the future. Indeed, without rain, the grass will not grow and the animals will not be able to be fed properly.

According to Filipe Duarte Santos, a researcher at the Faculty of Science in Lisbon and an environmental specialist, the link between these weather conditions and global warming is obvious. He observes a drop in the percentage of rainy years in recent years, in particular endangering the food security of populations.

A cooperation between these two countries will be decreed in order to fight against the drought in the peninsula.

In the four corners of the world, we all find ourselves equal in the face of the consequences linked to global warming. It is therefore essential that countries unite and put in place a common strategy to “heal” our planet and help it return to normal functioning.