In 2017, there was about 1 plane flight per second in the world. Even if we are not always nose in the air, a lot of things happen in the sky. Aircraft pollution is insidious because it is invisible. But make no mistake : this invisibility hides a real gravity ! 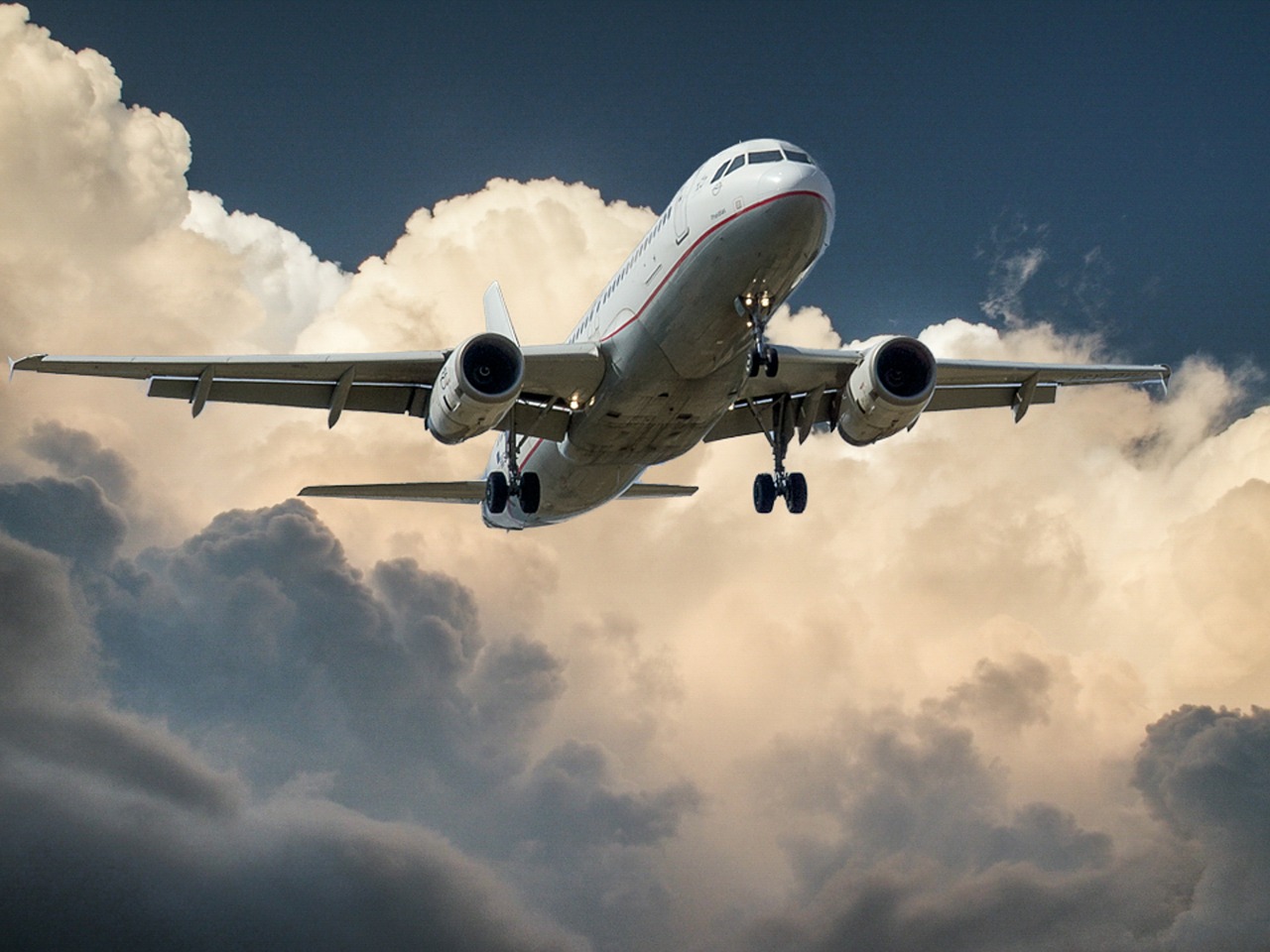 On the night of January 31, 2018, the Super-Moon was admired by millions of people around the world. In France too, amateurs and photographers have not shunned their pleasure at the coming of this event. A phenomenon all the more exceptional as it was combined with 2 other astronomical phenomena : a “blue moon” and a solar eclipse. If the inhabitants of Asia, North America and Oceania were lucky enough to be able to witness this extremely rare coincidence that had not occurred for more than 150 years, Europe was still able to marvel in front of the Super-Moon : 14% bigger and 30% brighter than usual.

Among the French photographers who captured and immortalized this moment, Eric, the OMPE photographer and videographer took this beautiful picture. This photo, taken on the evening of January 31, 2018, will certainly be among the most beautiful images of the Super-Moon. A photo as rare as superb, freezing the movement of one of the 36.8 million planes that crisscross the sky each year. A striking contrast between the power of nature and human activity… 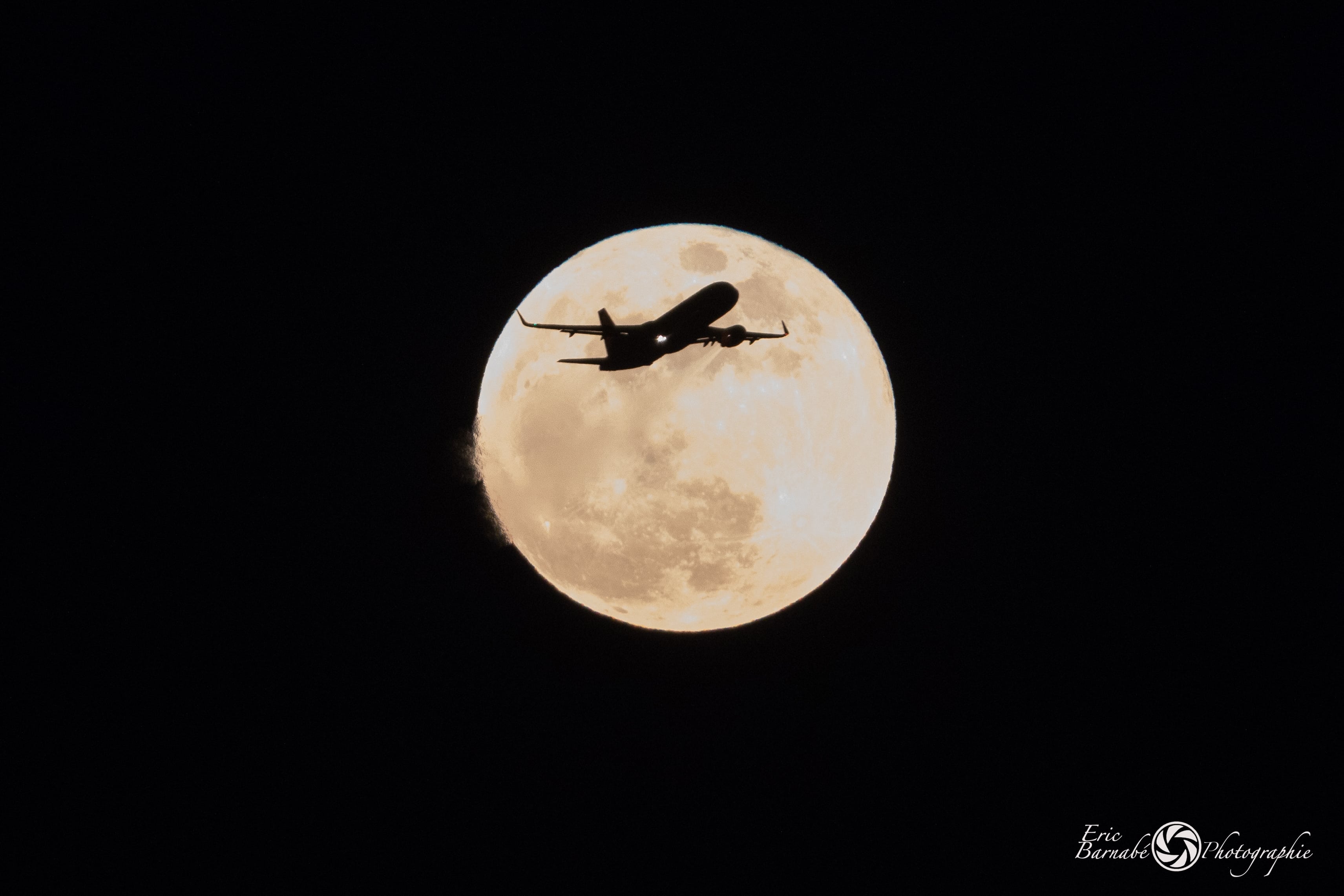 The plane : champion of pollution !

As pollution continues to increase on Earth, the sky is also loaded with fine particles. If the plane is considered less polluting than the train or the cars, it emits, on a course of 500 km return, between 145 and 241 kg of CO2… per passenger ! Involved : kerosene, a mixture of hydrocarbons from petroleum refining, used to power turbojet engines and turboprop aircraft. Depending on the different phases of a flight, the plane will burn more or less kerosene. It is at takeoff, for about 4 km, that the amount of kerosene required is very important (People living near airports suffer 2 pollution for the price of a : noise pollution and pollution of their lungs, same for those who work on the ground elsewhere, we will not speak here of additional cosmic radiation for the flight crew, because it starts to do a lot, we will end up believing that we hate Louis Blériot and the Wright brothers at the OMPE, which is totally false ! – lol -). The Concorde, for example, consumed nearly 450 L of kerosene per minute on takeoff, before it reached its flight level. Remember, however, that for 1 kilo of kerosene used, 3 kilos of CO2 are emitted into the atmosphere. In the end,2% of global CO2 emissions are emitted by airliners !

But the planes also release other gases such as nitrous oxide (NOx), carbon monoxide (CO), hydrocarbons (HC), sulfur dioxide (SO2) and particulate PM10 and PM2,5. If kerosene is harmful to the atmosphere, enhances the greenhouse effect, contributes to global warming and impacts the fauna and flora (especially during kerosene drops in the forest), its consequences are not only environmental. Kerosene is also responsible for headaches, vertigo and nausea, not to mention the ultra-fine particles that get incorporated into our body, leaving traces in the lungs, liver and urine.