The islands of the Indian Ocean, like the archipelago of Comoros, Maldives or Mauritius, are best known for their paradise beach. But in May, it is not to enjoy the white sand but to measure the amount of plastic waste on the beaches that biologists came to the Cocos Islands. Close to Australia and not far from Sumatra, in Indonesia, the territory of the Cocos Islands is invaded by plastic, rejected by the ocean. Thus, nearly 238 tons of plastic fragments have just been found on these paradisiacal islands.

Plastic on the surface and in depth

With its 27 atolls in total, the territory of the Cocos Islands is one of the largest in the Indian Ocean. It shelters a great biological diversity, as well vegetable as animal. Unfortunately, for several years now, the Cocos Islands have suffered the full consequences of human pollution of the oceans. In 2017, the biologists who arrived there had already noticed the impressive amount of plastic waste on the white sand beaches. And no beach of the 27 small islands of the atoll is spared. On each of them, scientists find plastic of all sizes and shapes : micro-plastics, bottles, toothbrushes, flip flops… In total, 238 tons of waste were counted. But the plastic pollution is unfortunately not only on the surface…

The most disturbing is that micro-plastics are buried deep in the sand and are present in much more than on the surface. Accumulated for decades, debris can burrow up to 10 cm deep. According to biologists, there would be 26 times more waste accumulated in the different layers of sand than at the surface. The largest plastic waste, visible on the beaches, would be only the tree that hides the forest. 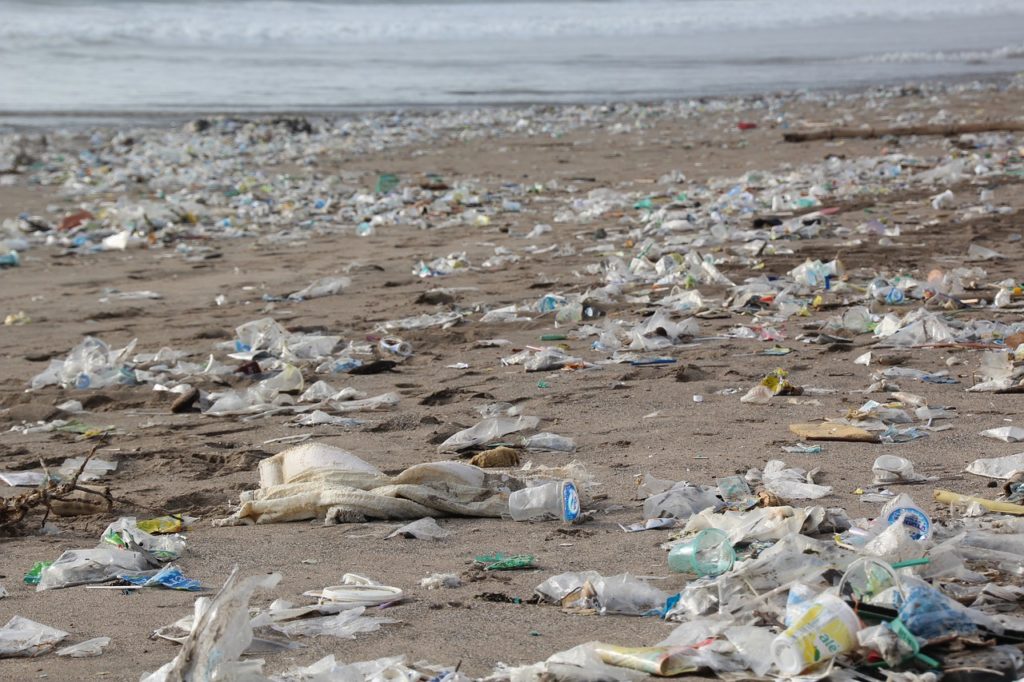 A global pollution of great amplitude

The Cocos Islands are of course not the only ones concerned by the dumping of plastic waste on the beaches. This is unfortunately neither the first nor the last. This large-scale pollution affects many islands around the globe, including the most isolated ones. Henderson Island, for example, is a desert atoll and lost in the South Pacific Ocean. But it is also one of the most polluted places on the planet with 38 million plastic waste stranded on its beaches is the equivalent of more than 17 tons of waste ! Henderson Island owes this pollution to the vicinity of the subtropical gyre of the South Pacific, a gigantic whirlpool of water in which plastic waste is trapped, is carried by ocean currents before being released on beaches.

To reduce this scourge, it is more than ever time to put in place solutions in the long term, by changing the economic model and reducing the consumption and production of plastic. But it is also essential to act quickly and in the short term to rid the ocean of millions of tons of plastic waste that has been released into its waters. The OMPE proposes projects and solutions to concretely fight against the pollution of the oceans by the plastic. In particular, we want a giant anti-plastics boat and its drones to clean up the seas and oceans in depth.